Effects of Medicaid expansions on demand for VA care 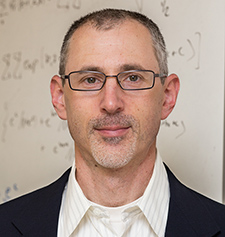 Dr. Austin B. Frakt is a health economist with VA and Boston University. (Photo by Derrick Morin)

Dr. Austin B. Frakt is a health economist with VA and Boston University. (Photo by Derrick Morin)

As part of the Affordable Care Act (ACA)'s effort to ensure health insurance coverage for all Americans, the federal government is willing to pay for the difference between a state's current Medicaid eligibility level, and the minimum income level of eligibility under ACA. Federal contributions to the expansion will drop to 95 percent in 2017 and remain at 90 percent after 2020.

As the Act was originally written, states would lose all federal Medicaid funding if they refused to expand their programs to the ACA minimum. However, the Supreme Court ruled in June 2012 that the government could not withhold all federal Medicaid funding for states that chose not to expand their programs. At present, 29 states and the District of Columbia have expanded their coverage, and 21 states have not.

Many Veterans who have access to VA care also might be covered under expansions of Medicaid programs. Three researchers, led by Dr. Austin B. Frakt of the VA Boston Health Care System and the Boston University School of Medicine, looked at what the effects of this expansion might be on VA health care. Their results were published in the September 2015 issue of Healthcare.

By looking at the historical relationship between prior, state-level Medicaid expansions and VA enrollment and utilization, they found that if the ACA's Medicaid expansion had been implemented in all states, enrollment for VA health coverage, acute inpatient care days, and outpatient visits would have been 9 percent, 6 percent, and 12 percent lower, respectively.

They conclude that "as policy makers continue to address VA capacity issues, they should be mindful of the potential role of Medicaid, and that it will change over time as more states adopt the expansion."