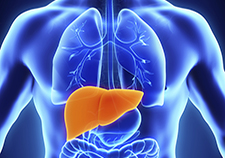 A drug currently used to treat diabetes can also be used to halt the progression of another disease that is a leading cause of liver transplants, according to researchers at the Malcolm Randall VA Medical Center in Gainesville, Florida.

A three-year clinical trial, published in the Sept. 6, 2016, Annals of Internal Medicine, found that the drug pioglitazone, sold as Actos, is safe and effective for certain patients who have nonalcoholic steatohepatitis, or NASH. NASH is a chronic disease caused by a buildup of fat in the liver.

NASH is often called "silent" liver disease. It affects 10 to 20 percent of the population, and possibly as many as a third of all Americans with type 2 diabetes. Left unchecked, NASH can cause chronic inflammation that can lead to liver cancer or cirrhosis. It is the second-leading cause of liver transplants, and the number of patients with the disease grows annually.

Although the research team is not entirely certain how Actos works against liver disease, they underscore the fact that the drug is an affordable medication already being used safely in humans.