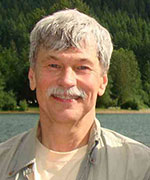 Dr. William A. Banks, associate chief of staff for research and development at VA Puget Sound Health Care System in Washington, has received the 2018 William S. Middleton Award. It is the highest honor conferred by the VA Biomedical Laboratory Research and Development (BLR&D) Service.

The award recognizes Bank's long history of contributions to VA research, particularly his groundbreaking work in the emerging field of neuroimmunology—which studies interactions between the nervous and immune systems. He is considered a leading expert on the blood-brain barrier and how it functions within the body.

Banks' laboratory studies how the brain communicates with the rest of the body through the transfer of molecules across the blood-brain barrier. The barrier consists of different cells within the blood vessels that limit the passage of certain molecules from the blood into the brain. His work has also helped scientists comprehend how disruptions in the homeostasis mechanisms within the body—such as blood sugar level maintenance—can lead to diseases in the nervous system.

His important discoveries include:

Banks is also a professor in the division of gerontology and geriatric medicine at the University of Washington, Seattle, and editor in chief of Current Pharmaceutical Design. He is the author of over 360 research papers in well-known journals such as Diabetes and Brain Research.

In addition to fostering the health of Veterans and patients worldwide, his work has helped spur ongoing development of new drug therapies for the treatment of nervous system disorders. For example, Bank's lab has studied several peptide analogs that have increased therapeutic action on conditions like Alzheimer's disease.