VA and DoD team up to study trazodone for PTSD 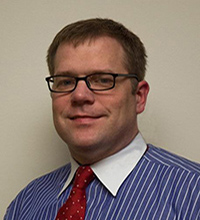 VA, through its Cooperative Studies Program, and the Department of Defense (DoD) are developing a joint multisite trial under an interagency agreement to evaluate the drug trazodone hydrochloride as an adjunct to antidepressants for the treatment of combat-related PTSD in Iraq and Afghanistan Veterans. Study chairs Lieutenant Colonel Gary Wynn, MD, of the U.S. Army, and John Krystal, MD, of the VA Connecticut Healthcare System and Yale Medical School, provided details in an interview.

VARQU: Would you briefly describe the project your team is undertaking?

Krystal: This project is the result of a "think tank" organized from leaders in the PTSD field that tried to identify a high-priority medication that was already approved by the Food and Drug Administration (FDA) for other psychiatric disorders, and that was very commonly prescribed for the treatment of PTSD, but for which no definitive data existed regarding its efficacy for that treatment. This process identified the drug trazodone.

trazodone is very widely prescribed to reduce sleep disturbance, nightmares, and other symptoms of PTSD, and it is approved for the treatment of depression and widely prescribed for other kinds of sleep impairments. trazodone, unlike the typical sleep medication, is not an addicting medication, and its track record in clinical experience is suggestive of effectiveness for PTSD. This made it a very attractive medication to study.

We propose to test the effectiveness of trazodone as a treatment for PTSD by comparing it to an inactive medication, or placebo, during 12 weeks of treatment. We're going to be studying OIF/OEF/OND active-duty military personnel with PTSD as well as Veterans with PTSD.

Wynn: The gap between our clinical experience and hard data on trazodone for PTSD is so enormous that it cries out to be studied in order to be fair to those men and women who have given so much for all of us. It's vital that we do this. It just makes sense.

What's the current status of the project, and when do you expect it to be completed?

Wynn: We have submitted the project to the VA Central Institutional Review Board (IRB) and have had our first discussions. We still have to go through the DoD Central IRB, and hold discussions with the FDA, and then we will get to the point of starting.

Our current projection to start is the summer of 2014, and we have set it up so that the project will be completed within one year. So all the recruitments and study will be done within a 12- to 14-month window—the summer of 2015—with results available to leadership a couple of months afterwards, and then publication, hopefully, in 2016.

Currently, we have 25 VA study sites that are going to come online and one DoD consortium that will be working. A large single DoD site and a diffuse network of VA sites will together provide the research capacity and subjects that will allow us to complete the study within a one-year period of time.

Krystal: I'd like to see the medication show that it can reduce the symptoms of PTSD, and I'd be thrilled if we could also show there was a beneficial overall impact on the quality of life of these military personnel and Veterans. The way we measure reductions in PTSD symptoms is to use a very well-validated rating scale that was developed by VA's National Center for PTSD for the assessment of PTSD symptoms. And the way we evaluate overall quality of life is by the use of other rating scales that tell us how meaningful the clinical change was for the lives of military personnel and Veterans.

Wynn: No matter whether or not we find that trazodone works for PTSD, the results will still be important. If we get a negative result, we can inform providers that the use of trazodone may not be helping PTSD symptoms. That is still important to know, in the sense that this new knowledge would influence practice. We think it's going to work, and if it does, that will validate years and decades of clinical experience.

Krystal: I would add that I have led several large studies in the past that have had similar aims: trying to show the effectiveness of under-studied and often underutilized medications. The reality is that these studies are not always positive. A negative study, one that has failed to find that the medication was effective, can serve to divert treatment away from an ineffective medication towards other medications that are likely to be more effective for the symptoms. So even a negative result can improve care for military personnel and Veterans.

What are the advantages of working together with another federal agency on a research project, and are there any disadvantages?

Wynn: The advantages for us have been enormous. VA brings decades of experience in running large, multisite clinical trials, and has very seasoned, experienced researchers who have an understanding of the intricacies of these kinds of projects. On the DoD side, we don't have experience at that level. We have some experience, but not the 40-plus years of methodological research that the VA Cooperative Studies Program has. They bring to the table such an amazing skill set.

It has been an interesting and, at times, challenging experience to navigate inter-institutional complexities, but the benefits have far outweighed the problems we've had. We're working out the kinks and laying the groundwork for future studies of this type.

We recognize that PTSD is an area in which we have very limited options, especially in terms of validated medication treatment, and that this is a critical gap in our treatment portfolio, and the kind of study we're talking about could have a direct and significant impact on the treatment of PTSD. So it makes it a very exciting activity to pursue.