VA researchers investigate a new non-invasive option for colon cancer screening. In March 2014, a group of researchers at the Richard A. Roudebush VA Medical Center in Indianapolis and the Indiana University School of Medicine published the results of a 90-site study to evaluate a new DNA test to determine whether colon cancer is present. Among the news outlets covering the study were CBS News and The New York Times. The research team's evaluation of the test, which probes the DNA found in people's stool, found that the test detects significantly more cancers than the currently available stool evaluation test, called the fecal immunochemical test. However, it does so at the cost of more false-positive results. A panel from the U.S. Food and Drug Administration (FDA) reviewed the test, and on March 27, 2014, unanimously recommended its approval for use. Full FDA approval was pending as of the publication of this issue of VARQU.

March 25 was the American Diabetes Association's Alert Day for 2014. As part of an effort to inform Veterans and others about their risk for developing the disease,Timothy O'Leary, MD, PhD, of VA'sOffice of Research and Development, appeared on The National Defense, a syndicated radio program provided to radio stations nationwide by the Veterans of Foreign Wars. According to Dr. O'Leary, type 2 (adult onset) diabetes affects nearly 20 percent of Veterans who use VA health care, compared to about 8 percent of the general public. He also said that diabetes is the leading cause of blindness, kidney, disease, and amputation in the United States, and that up to 80 percent of patients with diabetes will face a heart attack or stroke. Dr. O'Leary said that VA is finding that group therapy is proving to be a successful method to help people control their blood sugar levels; that using pedometers encourages physical activities to help keep diabetes under control; and that coaching and counseling is an important aspect of managing the disease.

Dr. Raj Morey, of the Durham VA and Duke University, led a study suggesting that exposure to blasts may damage the brain's white matter even when no symptoms emerge. (Photo by Shawn Rocco/Duke Medicine)

Dr. Raj Morey, of the Durham VA and Duke University, led a study suggesting that exposure to blasts may damage the brain's white matter even when no symptoms emerge. (Photo by Shawn Rocco/Duke Medicine)

Veterans exposed to blasts from bombs, grenades, and other devices may still have brain damage even if they have no symptoms, according to a study led by researchers at VA's Mid-Atlantic Mental Illness Research Education and Clinical Center (MIRECC) in Durham, N.C., and Duke University. The results of the study, which were reported on in U.S. News and World Report and a number of other publications, suggested that a lack of symptoms of traumatic brain injury after a blast may not indicate the extent of brain damage caused by the blast. In the study, researchers divided 45 Iraq and Afghanistan Veterans into three groups: those who had been exposed to blasts and had symptoms of TBI; those who'd been exposed to blasts and had no TBI symptoms; and those with no blast exposure. The participants underwent scans to look for damage in the brain's white matter, as well as tests to assess their mental abilities. Veterans who were exposed to blasts but had no symptoms had brain damage similar to that seen in those with symptoms of TBI.

Too many small, inconsequential thyroid cancers are being treated, suggests a study by researchers from the White River Junction VA Medical Center and Dartmouth Medical School. According to the researchers—whose findings, originally published in JAMA Otolaryngology-Head and Neck Surgery, were covered byNPR,Newsday, the San Francisco Chronicle, and other publications—many thyroid cancers being treated are abnormalities that would cause few problems if left untreated. The researchers found that despite a threefold increase from 1975 to 2009 in thyroid cancer, mortality rates have remained unchanged. They believe this is because many of the increased number of cases are due to the use of more sensitive equipment that can detect small, slow-growing tumors that would never cause problems. Thyroid cancer is generally divided into four types: papillary, the most common and least deadly form; follicular, the second-most common type, and more aggressive than papillary; medullary, a rare and hereditary form; and anaplastic, which is the most aggressive and deadly. The researchers found that virtually the entire threefold increase was in the papillary form, which is diagnosed in up to 85 percent of patients, and has long-term survival rates of more than 90 percent. 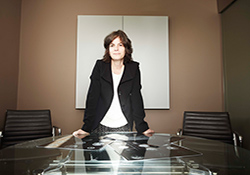 Young adults with cardiac risk factors such as high blood pressure and elevated glucose levels have significantly worse cognitive function in middle age. These findings, from a study by researchers from the San Francisco VA Medical Center, the University of California, San Francisco, and other sites, bolster the view that diseases like Alzheimer's develop over an individual's lifespan and may be set in motion early in life. They also offer hope that through diet, exercise, and medication, young adults can lower their risk of developing dementia later in life. The study examined data from more than 3,300 18- to 30-year-olds enrolled in the Coronary Risk Development in Young Adults (CARDIA) study. Cardiac risk factors were measured every two to five years for 25 years, at which point those in the study underwent tests to measure their executive function, cognitive processing speed, and verbal memory. Those whose blood pressure and glucose exceeded recommended levels during the 25-year study performed worse on all three tests, while high cholesterol was associated only with poor verbal memory. Lead author Kristine Yaffe, MD, chief of geriatric psychiatry and director of the Memory Disorders Clinic at the San Francisco VA, and a professor at UCSF, was quoted as saying: "We already know that reducing these risk factors in midlife can decrease the risk of dementia in old age. If it turns out that the damage begins before middle age, we may need to expand our focus and work on reducing heart disease risks in earlier stages of life." A report about the study appeared in the San Francisco Examiner.