In December, the White House named the recipients of the Presidential Early Career Awards for Scientists and Engineers (PECASE). Four VA researchers were among the awardees. All 102 award winners received the awards in a ceremony in Washington, DC, on April 14, which included a meeting with President Obama at the White House.

The award is the highest honor bestowed by the federal government on science and engineering professionals in the early stages of their independent research careers. Awardees are selected for their pursuit of innovative research on the frontiers of science and technology and their commitment to community services as demonstrated through scientific leadership, public education, or community outreach.

The PECASE winners from VA are listed below. 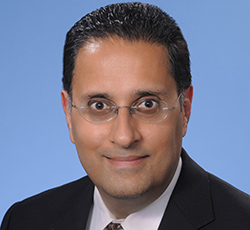 Hardeep Singh, MD, MPH: Dr. Singh is chief of the Health Policy, Quality, and Informatics Program with the HSR&DCenter for Innovations in Quality, Effectiveness, and Safety at the Michael E. DeBakey VA Medical Center in Houston. Dr. Singh is also an associate professor in the department of medicine, section of health services research, at Baylor College of Medicine. Dr. Singh's work focuses on understanding and reducing diagnostic errors in ambulatory care settings, especially those that involve missed and delayed cancer diagnoses. He also focuses on the use of health information technology to identify and reduce diagnostic errors, and on patient safety related to the implementation and use of VA's electronic health record system. Dr. Singh was previously the 2012 recipient of the AcademyHealth Alice S. Hersh New Investigator Award. 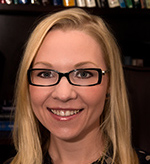 Katherine Iverson, PhD: Dr. Iverson is a researcher at the HSR&D Center for Healthcare Organization and Implementation Research and the Women's Health Sciences Division of the National Center for PTSD at the VA Boston Healthcare System. She is also an assistant professor at the Boston University School of Medicine. Dr. Iverson's research focuses on improving health care delivery for women, with a special emphasis on the identification and implementation of best practices of care for victims of intimate partner violence. Dr. Iverson's doctorate is in clinical psychology. She is the recipient of an HSR&D career development award. 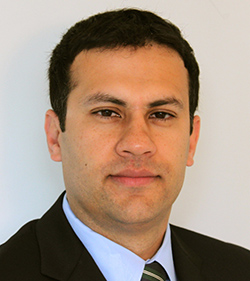 Karunesh Ganguly, MD: Dr. Ganguly is a neurologist and clinical investigator at the San Francisco VA Medical Center, and assistant professor in residence at the University of California, San Francisco, School of Medicine. Dr. Ganguly's research focuses on neurorehabilitation, especially for patients with gait or walking disorders. He also treats chronic neurological impairments following stroke or other brain injury. In his research, he studies new treatments for patients recovering from neurological conditions and injuries. Dr. Ganguly was also a recipient of the 2013 Doris Duke Charitable Foundation Clinical Scientist Development Award, presented to junior physician-scientists in support of their transition from mentored to independent clinical research careers. 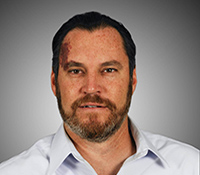 Brian P. Head, MD: Dr. Head is a research scientist at VA's San Diego Healthcare System, and an assistant professor in the department of anesthesia at the University of California, San Diego, School of Medicine. Dr. Head's research focuses on developing gene therapies for treating deployment-related conditions such as traumatic brain injuries and posttraumatic stress disorder. He is also looking at developing novel gene therapies to treat a variety of other disorders of the nervous system, including neurodegenerative disorders and stroke, that affect the aging Veteran population. Dr. Head was also cited as an outstanding mentor to other young scientists, having helped to shape the careers of a number of undergraduate students, graduate students, post-doctoral fellows, and anesthesia residents.