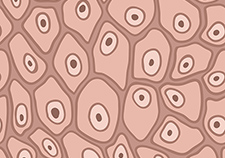 Researchers at the Iowa City VA Health Care System and the University of Iowa have created insulin-producing cells that respond to glucose and correct blood-sugar levels in diabetic mice, reported KGAN-TV and other news sources.

The researchers took human skin cells and reprogrammed them to create induced pluripotent stem (IPS) cells, which were then coaxed into forming insulin-producing cells. When these cells were transplanted into diabetic mice, the cells secreted insulin and reduced the blood sugar levels of the mice to normal or near-normal levels.

Although the cells were not as effective as pancreatic cells in controlling blood sugar level, Dr. Nicholas Zavazava, lead author for the study, explained that "this raises the possibility that we could treat patients with diabetes with their own cells. That would be a major advance, which will accelerate treatment of diabetes."

Zavazava is a staff physician at the Iowa City VA and part of the Fraternal Order of Eagles Diabetes Research Center at the university.

The team's study is the first to use human IPS cells to create an alternative source of insulin-producing pancreatic cells that can be transplanted into patients with type 1 diabetes. Creating these cells from a patient's own cells would not only eliminate the need to wait for a donor pancreas, but also allow patients to receive transplants without needing to take immunosuppressive drugs.