Tache named Knight of the Legion of Honor 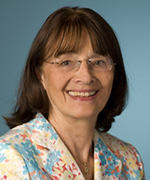 Dr. Yvette Tache of the VA Greater Los Angeles Healthcare System has been named a Knight of the Legion of Honor (Chevalier de la Legion d'honneur) by the Government of France. The Legion of Honor is the highest French order for military and civil merit, and was started by Napoleon Bonaparte in 1802.

Tache's research focuses on functional disorders, such as irritable bowel syndrome and gastroparesis (a partial paralysis of the stomach, resulting in food remaining there for an abnormally long time). Patients with such disorders have chronic—and often severe and disabling—abdominal symptoms such as pain or bloating, but no underlying physical abnormalities in the GI tract.

Her work has shed light on the chemical pathways between the central nervous system and the peripheral autonomic system, and she has helped pioneer the field of neurogastroenterology—the study of brain-gut interactions.

Tache is also the associate director of the CURE: Digestive Diseases Research Center at the University of California, Los Angeles, and is co-director of UCLA's Gail and Gerald Oppenheimer Family Center for Neurobiology of Stress.

She was the 2014 recipient of VA's William S. Middleton award, the highest honor given by VA's Biomedical Laboratory Research and Development Service.