PTSD and heart disease can go hand in hand 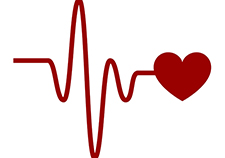 Chronic stress can raise the risk of heart disease, according to research. (Photo for illustrative purposes only. ©iStock/mizlatic)

Chronic stress can raise the risk of heart disease, according to research. (Photo for illustrative purposes only. ©iStock/mizlatic)

When most people think of posttraumatic stress disorder (PTSD) the first thing that comes to mind is, well, stress. But mental health isn't the only body system that can suffer from the effects of PTSD. Researchers have known for quite some time that prolonged stress can affect multiple organ systems, for example, the cardiovascular system—which consists of the heart and blood vessels.

In a recent issue of PTSD Research Quarterly, produced by the VA National Center for PTSD (NCPTSD), clinical research coordinator Melanie Arenson and Dr. Beth Cohen, both affiliated with the San Francisco VA Health Care System, discussed the prevalence of heart disease among patients with PTSD and the different ways that PTSD can affect the development of cardiovascular disease (CVD).

As a group, Veterans are at especially high risk for developing heart disease. Numerous population-based studies have shown that people with PTSD are more likely to develop CVD and ultimately die from it. That risk for developing heart disease is also relevant for many different groups of people who are exposed to repeated traumatic stress—e.g., Veterans, nurses, combat medics, and 9/11 survivors.

The risk of developing heart disease from PTSD is equally problematic for both men and women, wrote Arenson and Cohen. In one of the first prospective studies that looked at the link between male Veterans with PTSD and heart disease, researchers found an 18 percent increased risk for CVD for each increase (in standard deviation) in PTSD symptom severity.

Further studies have identified a similar effect in women. The NCPTSD investigators cited a 2015 study in which researchers analyzed data from the Nurses Health Study II, which included close to 50,000 women. They compared two data sets and their relationship to PTSD and CVD—women who had been exposed to trauma but did not have PTSD, and women who had been exposed to trauma and reported four or more PTSD symptoms. Those women who experienced four or more PTSD symptoms were much more likely to have heart disease.

Most studies look at the effects of PTSD on heart disease 10 or more years after a traumatic exposure. But in a study that examined over 60,000 patients from the Millennium Cohort Study, researchers reported a more immediate effect on cardiovascular health for those service members who had PTSD. The study followed service members for a mean of five and a half years post-traumatic exposure. They found that study participants who had combat exposure were much more likely to have heart disease than those who didn't, even after researchers controlled for usual CVD risk factors.

These studies, said Arenson and Cohen, together "provide strong evidence that patients with PTSD have a greater burden of [fatty deposits in their arteries] and reduced blood flow [to the heart] that can lead to CVD events."

Scientists have found several potential culprits that can cause heart disease in people with PTSD: inflammation, nervous system malfunction, neurochemistry, genetics, and unhealthy behaviors. But many studies point to inflammation in the body as one main contributor to CVD. One study examined the presence of C-reactive protein (a biochemical marker of inflammation) in people with PTSD. Researchers found that participants with PTSD had more than twice the amount of CRP in their blood than people who did not have PTSD, even after controlling for other risk factors such as age and sex.

In a 2015 review article, explained Arenson and Cohen, researchers with VA and other institutions outlined the effects of stress on the autonomic nervous system, the renin-angiotensin system (which regulates blood pressure and fluid balance), and the immune system. They then discussed how those changes could contribute to heart disease. Traumatic stress can increase the release of certain chemicals into the blood, like renin and angiotensin II, which in high concentrations can damage blood vessels and other parts of the cardiovascular system.

"Stress- and anxiety-related disorders are on the rise in both military and general populations," noted the study authors. "Over the next decade, it is predicted that treatment of these conditions, in particular PTSD along with its associated long-term comorbidities, will challenge the health care system."

Heart disease is particularly worrisome considering its common occurrence worldwide and the high cost for treatment. In the U.S. population, it accounts for $316 billion annually in health care costs and lost productivity.