Moral injury and suicidality in Veterans 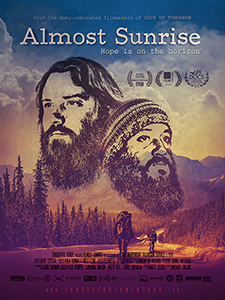 The poster for the documentary "Almost Sunrise."

The poster for the documentary "Almost Sunrise."

"Almost Sunrise" is the title of a new documentary about two Iraq Veterans who faced depression for years after returning home from war. It follows them as they walk from Wisconsin to California and reflect on their war experience.

On June 6, 2016, The New York Times' Well blog discussed the movie and the concept of "moral injury" on which the movie focuses. This affects Veterans who "participated in, witnessed, or were unable to help in the face of atrocities, from failing to aid an injured person to killing a child, either by accident or self-defense."

"For some Veterans," writes Jane Brody of the Times, "this leaves emotional wounds that time refuses to heal. It radically changes them and how they deal with the world."

The Times quotes two VA researchers, Dr. Brett Litz and Dr. Shira Maguen, on their work in the area of moral injury. Litz, of the VA Boston Healthcare System, is quoted as saying that "a lot of Vets won't seek help because what's their haunting them are not heroic acts, or they were betrayed, or they can't live with themselves because they made a mistake."

Maguen is a researcher at the San Francisco VA Health Care System. The Times cited her studies on killing during combat, especially her finding that those who had killed were at greater risk of suicide, even after statistical adjustments for factors like PTSD, depression, and alcohol and drug abuse. Even decades after the Vietnam War, Maguen said, there was still an impact on Veterans who killed enemy combatants, and an even stronger effect on those who killed women and children.

To treat Veterans with moral injuries, Maguen explained, "[VA has] a big focus on self-forgiveness. We have them write a letter to the person they killed or to a younger version of themselves. We focus on making amends, planning for their future, and moving forward."