Study focuses on course of pain in older Veterans 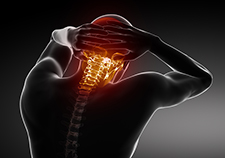 Older Veterans with chronic pain frequently show improvements in the intensity of their pain over time. However, prescriptions of opioids, mental health issues, and certain pain diagnoses are associated with a lower likelihood of improvement, according to a study appearing in the July 2016 issue of the Journal of Pain.

The study, by researchers with the VA Portland Health Care System and Oregon Health and Science University, looked at the medical records of nearly 13,000 Veterans aged 65 or older receiving VA care.

Each of these Veterans had rated their pain as "moderate" or "severe" (scores of four or more on an 11-point scale) on VA's numeric rating scale for pain within the 12 months before the study, and none had been prescribed opioids at the beginning of the study.

Most of the Veterans in the study were male. Their average age was 74, and nearly half had service-connected disabilities.

The team found that, on average, the intensity of these Veterans' pain decreased between 25 and 29 percent over a three-month period—and nearly two-thirds of the Veterans reported that their pain had been reduced by more than 30 percent.

In a 2015 presentation on the study, lead author Dr. Stephen K. Dobscha noted, however, that "we need to be careful about not assuming causal relationships. People who receive opioid medication prescriptions may have worse pain conditions or worse prognosis [to begin with].

"We cannot assume that the opioid medication causes them to do more poorly over time," he continued. "It is actually possible that opioid medications might have prevented them from doing even worse."

Race and ethnicity, the researchers found, were not associated with improvements of pain scores over time. Nor were substance use disorders and nicotine addiction.