From the Chief Research and Development Officer 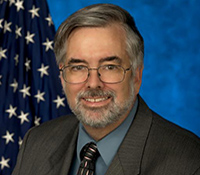 In December 2014, President Obama announced that "our combat mission in Afghanistan is ending, and the longest war in American history is coming to a responsible conclusion." Coupled with the withdrawal of U.S. troops from Iraq in 2011, the president's statement means there are now fewer than 15,000 American troops remaining in the two countries, and 90 percent of the troops that were in harm's way in 2009 are now home.

Now that our combat mission is over, America will increasingly turn to VA to care for these returning Veterans. Our mission in the Office of Research and Development is to discover knowledge and create innovations that inform and advance care for these Veterans—and for all those who rely on the VA health care system.

Our newest generation of Veterans is characterized by an increased number of reservists and National Guard members who served in combat zones; a higher proportion of women; and different patterns of injuries, such as multiple injuries from explosions, than were seen among Veterans of previous wars. We have a comprehensive research agenda to address the deployment-related health issues of America's newest heroes.

Our researchers are pursuing ways to effectively address Iraq and Afghanistan Veterans' most pressing mental and physical health issues. These include posttraumatic stress disorder (PTSD), traumatic brain injury (TBI), traumatic limb loss, sensory dysfunction and loss, pain, and polytrauma. The work we do in these areas also benefits Veterans of all ages with similar issues, as do the studies we are undertaking to determine the effects of deployment on this cohort.

Some of our studies focus on post-deployment mental health concerns such as depression, anxiety, substance use, and suicidal intent, which make it difficult for returning Veterans to readjust to life back home. We have a continuing commitment to fund scientifically meritorious efforts to understand, prevent, and treat PTSD, and our research in this area focuses on potential treatment advances.

Veterans wounded in Iraq and Afghanistan have survived in greater numbers than those of previous conflicts due to advances in body armor, battlefield medicine, and medical evacuation transport. As a result, the study of neurotrauma, including the often-lifelong effects of TBI, is an important priority for our researchers. We are also supporting a wide array of research in engineering and technology, including advanced wheelchair designs and prosthetic limbs, to improve the lives of young Veterans who will be living with disabilities for many years to come.

Finally, VA's Polytrauma System of Care is dedicated to the medical rehabilitation of Veterans and service members with combat and non-combat-related traumatic brain injuries and multiple other injuries. Our Polytrauma and Blast-Related Injuries Quality Enhancement Research Initiative promotes the successful rehabilitation, psychological adjustment, and community reintegration of those who have sustained polytrauma and blast-related injuries.

This issue of VA Research Quarterly Update will provide you with information on many of the ways in which our researchers are working to care for those who have borne the battle in our nation's longest war. We are ready for the challenges of restoring these Veterans to their highest level of functioning and creating the best life possible for them, now that most of them have returned, or will soon be returning, home.