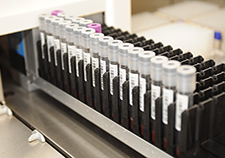 The team will conduct one of the largest genetic studies of PTSD, with the aim of improving understanding of PTSD neurobiology and the genes that could influence development of the illness in Veterans exposed to combat-related trauma.

Stein, who is considered an expert in the field of PTSD and anxiety disorders, has conducted many large-scale studies into PTSD. One such study, published in JAMA Psychiatry, used two data sets from the Army Study to Assess Risk and Resilience in Service Members (STARRS), which comprised 13,690 service members. About 18 percent of the Veterans enrolled in the study reported a diagnosis of PTSD.

In previous studies, researchers examined the entire genome of study participants — a method referred to as a genome-wide association (GWA) study — to see if they could identify genetic variants that might influence the development of PTSD. They also looked for specific genes known to affect the body's response to stress. They did not find genome-wide evidence that applied to all races and that could be replicated across different studies. But they did find evidence of an association for the gene ANKRD55 with PTSD in African American service members.

Stein points out that GWA studies thrive on huge data sets. "MVP is a marvelous resource for the field. It's going to be a lot of help," he says. "Initially people were focused on dopamine genes and some others, because it was thought that's where the biology was. But then these large GWA studies pointed them in directions nobody would have thought of if those prior studies hadn't been conducted."

To find out more about VA work on PTSD gene studies read "Hot on the Trail of PTSD Genes."