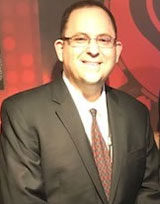 Dr. Joshua Lipschutz is a nephrologist at the Ralph H. Johnson VA Medical Center in South Carolina and the renal division director at the Medical University of South Carolina. As a specialist in kidney care, he treats disorders of the kidney, high blood pressure, and mineral balance and dialysis of body wastes in failing kidneys. He also takes care of patients prior to and following kidney transplantation. He’s now doing extensive research on autosomal dominant polycystic kidney disease, or ADPKD as it is commonly known. It’s a potentially lethal kidney disease that affects many Veterans and for which there are no approved treatments in the United States. Lipschutz is also an Army Veteran and a colonel in the South Carolina Army National Guard. He’s excited about the chance to improve the lives of others who have served.


Lipschutz: I had always wanted to serve, and 9-11 just propelled me to be in the military. It was something I had to do. When 9-11 occurred, I just felt that I had to help out. Two days after the attacks, I submitted my application to the Pennsylvania Army National Guard. I also volunteered to help in the recovery efforts after the attack in New York City, but the victims were either dead or had minimal wounds. At the time, I was working at the University of Pennsylvania and the Philadelphia VA as a physician and scientist. Having been born at Walter Reed National Military Medical Center while my father was stationed at the Pentagon gave me a deep respect for the military. I believe that everyone should serve their country, and I would strongly support some kind of national service. Even if you don’t want to serve in the military, perhaps you could work at a hospital or help teach in the inner city.

I was inspired by my father, who was my mentor. He was a very successful chemistry professor at Purdue University in Indiana. My constant enjoyment for “discovering things” also led me to want to be a researcher. 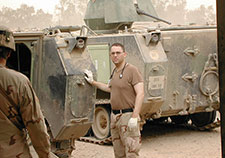 Dr. Joshua Lipschutz in 2005 while serving at Camp Liberty in Baghdad, Iraq, at a forward support hospital under the command of the 3rd Infantry Division. (Photo courtesy of J. Lipschutz)

Dr. Joshua Lipschutz in 2005 while serving at Camp Liberty in Baghdad, Iraq, at a forward support hospital under the command of the 3rd Infantry Division. (Photo courtesy of J. Lipschutz)


Describe your military service. When and where did you serve? What did you do?

I was deployed to Iraq in 2005 and served at a troop medical clinic in Baghdad. I was in Afghanistan from 2007 to 2008 and served at a small firebase under the command of the 82nd Airborne Division. I also served at wounded warrior transition units in Huntsville, Alabama, in 2010 and in Salt Lake City in 2014. In addition, I’ve been part of medical detachment units in the Pennsylvania Army National Guard and the South Carolina Army National Guard.


You’ve earned a number of medals for your military service, including the Army Commendation Medal (three times) and the Global War on Terrorism Medal. What do these medals mean to you?

The medals are from all of my deployments. I feel good that I have been able to help our soldiers, some of the finest people I have ever met.

I study autosomal dominant polycystic kidney disease. ADPKD is the most common potentially lethal genetic disease to affect humans. Some 100,000 Veterans, active duty soldiers, and their dependents have ADPKD. The researchers at my lab, which is funded by the National Institutes of Health and a VA merit award, study ciliogenesis. Cilia are thin hair-like organelles that project from the cell surface and are chemo and mechano sensors. Though it has been known for 100 years that renal tubule cells have cilia, up until 15 years ago it was assumed that the cilia were vestigial organelles, kind of the appendix of organelles. We now know that this is not true. My lab has, among other things, identified a highly conserved protein complex called the exocyst that is necessary for ciliogenesis. In ADPKD, the cilia are defective. This ciliary hypothesis for ADPKD led to the first drug for ADPKD, tolvaptan, which has been shown to slow the progression of this disease. Tolvaptan is approved in Japan, Canada, and the European Union for treatment of ADPKD. It is likely to also be approved soon in the U.S. This approval will revolutionize the care of ADPKD patients and will demonstrate the importance of basic science in medicine.


How do you measure success in your research?

I measure my success by advancing our understanding of ADPKD. To treat a disease, you have to understand the mechanisms at work, which is the role of basic and translational science.

Absolutely, I feel a bond. I always ask Veterans about their military service and then thank them for their service.

I would recommend that people work hard, be persistent, and have a sense of humor.