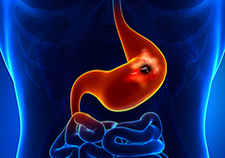 In an esophagogastroduodenoscopy, the physician uses a long, flexible, lighted tube to diagnose problems in the upper GI tract, including ulcers, tumors, and other disorders. (Photo: ©iStock/decade3d)

In an esophagogastroduodenoscopy, the physician uses a long, flexible, lighted tube to diagnose problems in the upper GI tract, including ulcers, tumors, and other disorders. (Photo: ©iStock/decade3d)

The risk of medical professional liability claims resulting from alleged failure to screen for esophageal should not be a reason to conduct the procedure, according to research published inthe Journal of the American Medical Associationon Oct 1, 2014.

Surveys suggested that gastroenterologists may screen for esophageal cancer even when a patient is at low risk, primarily out of fear of litigation for missing a cancer. The procedure, called an esophagogastroduodenoscopy, was performed nearly 7 million times in the United States in 2009, and, ironically enough, there were far more claims alleging complications from the procedure than there were for missing a cancer.

Fear of lawsuits a 'bogeyman'

"Fear of a lawsuit for failing to screen for esophageal cancer is a bogeyman that may drive some doctors to order upper endoscopies," says Dr. Joel Rubenstein, a research health scientist at VA's Center for Clinical Management Research at the Ann Arbor VA Medical Center in Michigan. "That fear seems misplaced."

Rubenstein and colleagues from the University of Michigan and PIAA, a medical liability trade association, examined the rate of medical liability associated both with failure to screen for esophageal cancer and with complications arising from esophagogastroduodenoscopies. Data were collected from 381,601 claims filed nationwide against physicians from 1985 to 2012. The sample did not include VA data.

Most claims relate to improper testing, not failure to screen

The researchers found there were 761 claims related to esophagogastroduodenoscopy, most having to do with improper performance of the screening procedure. Other common reasons were errors in diagnosis or other medical errors. At least 17 of the claims were for inadequate indication, meaning the patient alleged there wasn't even a need for the procedure. Meanwhile, from 2002 through 2012, there were only19 claims related to esophageal cancer that alleged a delay in screening.

"There may be legitimate reasons to screen for esophageal cancer in some patients," write the authors, "but our findings suggest that the risk of a medical professional liability claim for failing to screen is not one of them. Physicians need to balance the risk of complications from diagnostic procedures, even if those complications are rare."