Overview of VA research on

Arthritis affects 52.5 million American adults, one in every five. According to the Centers for Disease Control and Prevention, it is the nation's most common cause of disability.

Although the word arthritis actually means joint inflammation, the term is used to describe more than 100 rheumatic diseases and conditions that affect joints, the tissues that surround the joint, and other connective tissue. The pattern, severity, and location of symptoms can vary, depending on the specific form of the disease.

Typically, pain and stiffness in and around one of the joints characterize rheumatic conditions. The symptoms can develop gradually or suddenly. Certain rheumatic conditions can also involve the immune system and various internal organs of the body.

Osteoarthritis, or degenerative joint disease, is the most common form of arthritis. According to the Arthritis Foundation, osteoarthritis affects up to 27 million Americans. Most of them are elderly.

Scientists once thought the disease resulted from years of use of the joints; now they are exploring a complex web of biological factors that may contribute to the breakdown of cartilage.

Rheumatoid arthritis (RA) affects about 1.3 million Americans. In this disease, the body's immune system attacks its own joint tissue, causing inflammation. RA can result in the destruction of cartilage and bone. Because damage begins early in the disease process, early diagnosis and treatment are important.

A 2013 Centers for Disease Control study estimates that one in four Veterans (25.6%) have arthritis, and that arthritis is more prevalent among Veterans than non-Veterans in all socio-demographic categories, including sex, age, fitness levels, employment status, and household income.

VA researchers are developing new clinical treatments that reduce Veterans' disabilities and improve the ability of VA clinicians to provide effective care for patients with arthritis.

Some groups are identifying molecular mechanisms that affect skeletal health and can lead to new treatments for osteoarthritis. Others are using innovative techniques to design therapeutic interventions, from surgical techniques to physical therapy, for patients who have lost mobility or functioning. Still others hope to halt the progression of osteoarthritis, and to reverse the degeneration of cartilage associated with the disease.

In 2014, the team of investigators conducting this study received the Lee C. Howley Sr. Prize for Arthritis Scientific Research from the National Arthritis Foundation. The award is given each year to a study team that has "significantly advanced understanding, treatment, or prevention of arthritis and related disease," and whose work "will lead to a faster cure."

Disease-modifying anti-rheumatic drugs vs biological treatments—A 2014 VA study suggested that by using an anti-inflammatory drug to block a specific receptor (CD28) on T cells, bone loss related to RA might be halted, or even reversed. T cells are a type of lymphocyte (a white blood cell) that plays a central role in the immune system.

The team, from the Atlanta VA Medical Center and Emory University School of Medicine studied the effects of a drug called CTLA-4-lg on mice, and found that the drug increased bone density by increasing new bone formation, rather than reducing the rate at which bones broke down. Their study may eventually lead to effective regenerative measures to repair damaged bone in the body's skeleton.

Nutritional supplements—In 2006, a nationwide clinical trial led by a VA investigator found little overall benefit for the widely used nutritional supplements glucosamine and chondroitin sulfate. The study's findings did suggest, however, that the supplements, taken in combination, might help those with more severe pain.

The trial was supported by the National Institutes of Health and involved nearly 1,600 patients with osteoarthritis of the knee.

On a related note, researchers found that participants in a study who used glucosamine for a long time developed fewer cases of lung cancer than others their age who did not take the supplement. No such relationship was found for chondroitin sulfate, however.

The Veterans who took part in the study reported, on average, about a 30 percent improvement in pain, stiffness, and function. They did not, however, show improvement in a timed 50-foot walk. A larger clinical trial is planned.

Activity pacing—Ann Arbor VA researchers, with funding from the National Institutes of Health, are currently conducting a trial that tests activity pacing in people with osteoarthritis. Activity pacing is a strategy to plan rest breaks during the day, which helps to avoid arthritis flare-ups. A pilot study has indicated that tailored activity pacing like this reduces fatigue and makes daily activities easier.

Immune-system changes—In 2011, VA and Stanford University researchers provided new insights into immune-system changes that may trigger the breakdown of cartilage associated with osteoarthritis. They found that the complement system, a group of proteins that move freely through the bloodstream, plays an important role in osteoarthritis' development and its spread.

One component of the complement system, called the membrane attack complex, or MAC, is formed and activated in the joints of both humans and mice affected by osteoarthritis.

The research team believes that when the MAC is activated incorrectly in the joints, it induces both low-grade inflammation and the productions of enzymes that break down cartilage and result in the development of osteoarthritis. This finding could eventually transmit into better therapies to treat the disease—or to prevent it altogether.

PTSD and autoimmune disorders—A 2015 study of more than 666,000 Veterans of Iraq and Afghanistan found that those with PTSD were more likely to have autoimmune disorders such as RA. The study, led by researchers at the San Francisco VA Medical Center, found a twofold increased risk of such disorders among those with PTSD compared with those who had no psychiatric disorders, and an even greater risk compared with those who had other psychiatric disorders than PTSD.

Other autoimmune disorders these Veterans were at increased risk of developing included multiple sclerosis, lupus, inflammation of the thyroid, and inflammatory bowel disease. The study did not show that PTSD causes autoimmune disease, only that there is a relationship between the two conditions.

➤ Causes of death in patients with rheumatoid arthritis

Researchers at the VA Nebraska-Western Iowa Health Care System found, in 2015, that men with RA have double the risk of death from all causes, and triple the rate of death from respiratory-related causes compared to the general population without RA.

Cardiovascular-disease related mortality was the leading cause of death among the 332 deaths of 1,652 Veterans with RA who attended rheumatology clinics at twelve VA medical centers. The average age of those studied was 64.6 years. RA itself was the cause of 5.4 percent of the deaths. Further studies are needed to find out whether targeting these illnesses might lead to improved long-term survival in men with RA. 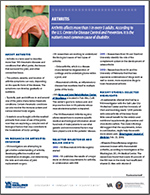 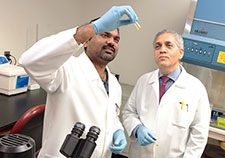 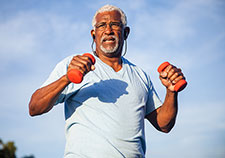 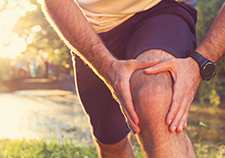 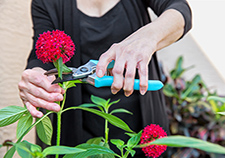