ORD Home » Currents  » Knee popping? You may be at risk for arthritis

Grating, creaking, cracking, or popping sounds from the knee can be an early warning sign of osteoarthritis for some people, suggests a VA-led study. (Photo: ©iStock/m-gucci)

Grating, creaking, cracking, or popping sounds from the knee can be an early warning sign of osteoarthritis for some people, suggests a VA-led study. (Photo: ©iStock/m-gucci)


You're eating breakfast and you hear "snap, crackle, pop"—but it's your knee, not your cereal.

Could you be at risk for osteoarthritis down the road? Yes, says a new VA study.

Experts aren't certain what causes crepitus, but it has been linked to bone spurs and other signs of osteoarthritis that show up on X-rays or MRI scans. It's been unclear, though, whether noisy knees signal worsening disease, especially when no pain or stiffness is present.

The new results, now online in Arthritis Care and Research, suggest that crepitus is indeed a good predictor of knee osteoarthritis.

"Subjective crepitus is a simple and effective assessment that is predictive of [long-term] development of symptomatic knee osteoarthritis," wrote the researchers.

The team was led by Dr. Grace Lo, a rheumatologist and researcher with Baylor College of Medicine and the VA Center for Innovations in Quality, Effectiveness and Safety, in Houston.

"Crepitus is a very common complaint, even in the rheumatology setting."

"Crepitus is a very common complaint, even in the rheumatology setting," said Lo in an email interview with VA Research Currents. "I suspect it is even more common in primary care. In the past, I had told my patients that it was not clear that noise emanating from the knees was necessarily harmful. So mostly I would reassure them about this. However, with the findings from our study, I have to revise my approach." 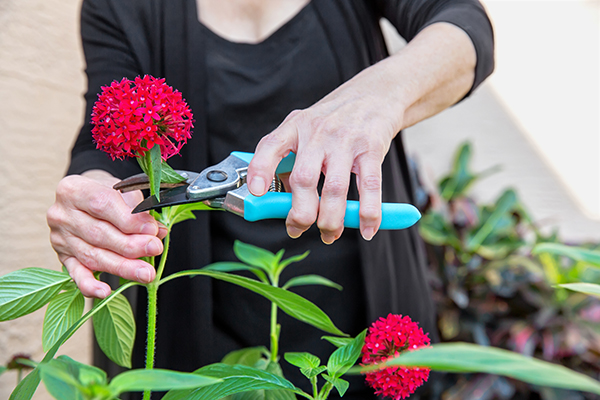 Her group analyzed data on nearly 3,500 people who had taken part in a larger study called the Osteoarthritis Initiative, funded by the National Institutes of Health and partners from the pharmaceutical industry. The average age of the group was about 61. Nearly 58 percent were women.

The study included only those who did not have symptomatic knee osteoarthritis at the outset, defined as frequent knee pain and X-ray evidence of the disease.

Among other questions, the researchers asked the participants how often they felt "grinding" or heard "clicking or any other type of noise" when moving their right knee. This was part of a questionnaire given at baseline and then yearly for three years. The researchers also assessed pain and took knee X-rays each year, up to four years. They wanted to see if crepitus predicted the onset of pain combined with X-ray evidence of arthritis within the following year.

They found that greater frequency of crepitus was associated in a linear fashion with a higher risk of developing symptomatic knee osteoarthritis. Those who reported crepitus as occurring "always" were at threefold (300 percent) increased risk, relative to those who said they never heard sounds from their knee. Among those who said they rarely, sometimes, or often experienced crepitus, the risk increased by 50 percent, 80 percent, and 220 percent, respectively.

The trend was stronger among men than women, but the finding was clinically relevant for both groups.

The research team notes that the great majority of cases of symptomatic arthritis—more than 75 percent—developed among those who did have some initial X-ray evidence of knee disease, even if they were not yet complaining of frequent pain or stiffness.

How does Lo plan to respond to patients' questions about crepitus in light of the findings?

For those who do have noisy knees, she says, "it might be helpful to get regular X-rays to check for evidence of osteoarthritis."

And if such evidence does appear, suggests Lo, "it might be helpful to follow some common-sense precautions to decrease the risk of developing frequent knee symptoms." Trying to lose weight might be a sensible option for many patients, she says, as would avoiding certain contact sports or other activities that might pose a high risk of knee injury.

Besides VA and Baylor, the research team included investigators from Tufts and Brown universities, as well as Memorial Hospital of Rhode Island.