Popular herb for prostate problems may be ineffective 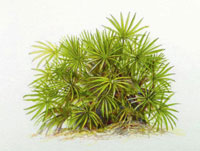 Serenoa repens, also known as saw palmetto, has "caught on in the U.S. as a treatment for enlarged prostate," or benign prostate hyperplasia, according to WebMD. The herb, which has pointy palm-like leaves and grows in the Southeast region of the U.S., has been believed to help symptoms such as painful urination and a need to urinate during the night. But the treatment may not be effective at all, according to a recent review by the Center for Chronic Disease Outcomes Research, based at the Minneapolis VA Medical Center. The study analyzed results from 17 randomized trials. The authors, led by Timothy Wilt, MD, MPH, concluded that the herb "does not improve [lower urinary tract symptoms] or [maximum urinary flow rate] compared with placebo in men with BPH, even at double and triple the usual dose." At the same time, the researchers concluded that the herb's adverse side effects are "generally mild and comparable to placebo." (British Journal of Urology International, June 2012)