Obesity no hindrance to heartburn drugs 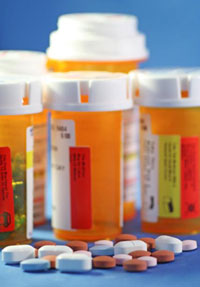 Acid test—A VA database study found that heartburn medications that block acid production in the gut are as effective for overweight and obese patients as for normal-weight patients. (Photo: iStock)

People who are obese are at higher risk for gastroesophageal reflux disease, also known as GERD or acid reflux. The ailment is marked by frequent heartburn, a result of food and stomach acid backing up into the esophagus. So are obese people less likely to be helped by drugs that target the condition?

Past studies have yielded mixed findings on this question, but a new VA study suggests that obesity doesn—t affect outcomes from heartburn drugs one way or the other.

Researchers led by a gastroenterologist at the Kansas City, Mo., VA Medical Center examined data on more than 11,700 patients who had taken part in clinical trials. The team looked at data on patients with mild or a more erosive form of GERD and compared their treatment outcomes based on body mass index (BMI). BMI, a calculation based on height and weight, is used to determine obesity.

All the patients had taken proton pump inhibitors. These drugs block acid production in the stomach. Examples include the brand names Nexium and Prilosec.

The VA analysis found that while higher BMI was associated with more severe GERD at baseline, it was not linked to better or worse outcomes during drug treatment. For example, proton pump inhibitors resolved heartburn in about a third of those with the milder form of GERD, regardless of BMI. Likewise, healing from more severe GERD was similar across BMI categories.

The study appeared online Feb. 24 in the Journal of Clinical Gastroenterology.