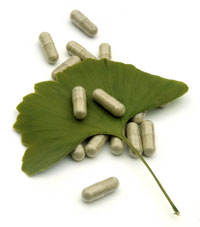 The Ginkgo biloba tree, seen on many urban streets in the U.S., is known for its "stinky fruit." The berries produce an odor that has been compared to that of vomit. The tree's leaves, though, are prized for their medicinal value. They yield an extract that is taken by millions worldwide for its reputed ability to boost blood flow to the brain, thus helping memory and attention. The herb may have other medical uses, as well.

Study findings have been mixed, though. And despite promising results from an earlier pilot study, new results from VA and Oregon Health and Science University suggest Ginkgo may be of little value to patients with multiple sclerosis who are facing cognitive decline. The results appeared Sept. 18 in the journal Neurology.

'This larger study settles the question'

The new study followed up on a 2005 pilot study that suggested there might be cognitive benefits for MS patients using the supplement. In the pilot, the herb seemed to boost attention in MS patients with cognitive impairment.

But the latest research found no cognitive benefits to Gingko.

"It's important for scientists to continue to analyze what might help people with cognitive issues relating to their MS," says lead author Jesus Lovera, MD, a former VA fellow. Lovera is now with the Louisiana State University Health Sciences Center. "We wanted to follow up on the earlier findings that suggested there may be some benefit. But we believe this larger study settles the question: Gingko simply doesn't improve cognitive performance with MS patients."

About half of those with MS will develop cognitive problems, and those cognitive problems can be debilitating in some people, says study co-author Dennis Bourdette, MD, co-director of the VA MS Center of Excellence-West at the Portland VA Medical Center and chairman of the OHSU department of neurology. The most common problems relate to memory, attention and concentration, and information-processing.

There is no proven treatment to improve cognition with MS patients. That is partly why MS patients and researchers had hoped that Gingko biloba could help.

The 2005 pilot study included 39 participants who were given Gingko biloba or a placebo. The new study included 120 participants given Gingko or a placebo, twice daily for 12 weeks. The herb used in the trial was a 120-mg tablet made by Dr. Willmar Schwabe Pharmaceuticals, a German company. When the researchers compared the scores from four neuropsychological tests that measure cognitive function, they found no significant difference between the two groups of patients—those on placebo and those on the herb.

The work was funded by VA and conducted with patients at the Portland and Seattle VA medical centers.