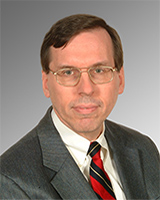 Dr. Bever is the Director of Biomedical and Laboratory Research and Development. He received his B.A. from Washington University in Saint Louis, Missouri in 1971, his M.D. from the University of Rochester in Rochester, New York in 1975 and his MBA from Johns Hopkins University in 2005. He completed a residency in Internal Medicine at Rutgers—CMDNJ in Piscataway, New Jersey in 1977, a residency in Neurology at Columbia—Presbyterian Medical Center in New York in 1980 and fellowship training in immunology and neuroimmunology at the National Institutes of Health in 1984. He served as a staff neurologist at the Memphis VA, where he received a VA Career Development Award and on the faculty of Neurology at the University of Tennessee from 1984 until 1987. He then moved to join the staff of the Baltimore VAMC and the Department of Neurology at the University of Maryland. He served as Neurology Service Chief at the Baltimore VA from 1990 until 2005 and as the Director of the MS Center of Excellence—East from 2003 to 2016. He served as Associate Chief of Staff for Research and Development from 2005 to 2016. He has had continuous VA research funding since 1984 and has had funding from the Biomedical, Rehabilitation and Cooperative Studies programs of the VA. Until his retirement from the faculty in 2016 he was a tenured Professor in the Departments of Neurology, Pharmacology and Physical Therapy at the University of Maryland, School of Medicine. He has authored more than 100 publications in peer—reviewed journals primarily in the areas of multiple sclerosis research and clinical quality improvement in neurology.