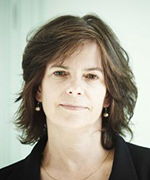 Two VA researchers are among 100 new members elected to the National Academy of Medicine during its 2019 annual meeting. They are Dr. Kristine Yaffe, at the San Francisco VA Medical Center, and Dr. Rachel Yehuda, at the James J. Peters VA Medical Center in the Bronx, New York.

Election to the academy is one of medicine's highest honors— recognizing outstanding contributions to the advancement of medical science, health care, and public health.

"These newly elected members represent the most exceptional scholars and leaders whose remarkable work has advanced science, medicine, and health in the U.S. and around the globe," said Victor J. Dzau, president of the National Academy of Medicine. "Their expertise will be vital to addressing today’s most pressing health and scientific challenges."

Dr. Kristine Yaffe is chief of geriatric psychiatry at the San Francisco VA Medical Center. She is also a professor of psychiatry, neurology, and epidemiology at the University of California, San Francisco. She is internationally known for her research into cognitive aging and dementia. She and her team have worked to improve care for patients with disorders that affect thinking, like Alzheimer's disease.

The academy recognized Yaffe for her pioneering work to understand the scope of Alzheimer's disease and other dementias. She is considered a leading expert on modifiable risk factors for dementia, such as obesity and lack of physical activity, and has published over 500 articles in scientific journals.

Yaffe's work could have significant impact on future clinical outcomes for patients who are in the beginning stages of dementia. The prevalence of Alzheimer's disease world-wide is predicted to triple over the next 30 years. Recent research has indicated that up to 30% of cases of dementia could be prevented by targeting modifiable risk factors.

Yaffe has also studied military-related risk factors for dementia. In one study, Yaffe and her team found that women older than 55 years who had PTSD, depression, and/or traumatic brain injury were 50% to 80% more likely to develop dementia than those who did not. The researchers followed 109,000 women Veterans who received health care through the VA. They concluded that older women Veterans would benefit from early screening and intervention for dementia. 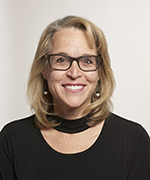 Dr. Rachel Yehuda is director of the Mental Health Patient Care Center at the James J. Peters VA Medical Center in the Bronx. She is also a professor of neuroscience and director of the Traumatic Stress Studies Division at the Icahn School of Medicine at Mount Sinai.

Yehuda is considered a leader in the fields of traumatic stress, psychological resilience, and the neurobiology of PTSD. Her early research on cortisol and brain function laid the foundation worldwide for understanding and treating PTSD. She has published over 250 scientific articles, chapters, and books on traumatic stress and the neurobiology of PTSD.

The academy praised Yehuda's work that identified a unique mechanism underlying the neurobiology of PTSD. She and her team found enhanced glucocorticoid receptor sensitivity in individuals exposed to trauma who developed PTSD. Glucocorticoids are a class of hormones in the body that play a role in reducing inflammation.

Yehuda and her team were also the first to show that those who have experienced traumatic events can pass on epigenetic changes to their children. These findings emerged from her work with Holocaust survivors and their descendants.

Epigenetic processes alter the expression of a gene without producing changes in DNA. This means parents with PTSD can pass on a predisposition for emotional disorders to their children. "The [study] observations suggest that parental trauma is a relevant contributor to offspring biology," Yehuda said to VA Research Currents in a 2016 interview about her work on trauma survivors.