The FLC annually recognizes federal laboratories and their industry partners for outstanding technology transfer achievements. Tech transfer is the process whereby lab-based discoveries and inventions are further developed and made commercially available for wide use. VA TTP works with VA researchers and others across VA to help ensure their inventions are protected and managed to benefit Veterans, the inventors, and the agency. 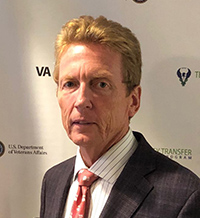 FLC's Professional of the Year award recognizes the best tech transfer professional in federal government. During his five-year tenure as director of VA's TTP, Kaplan has rebuilt and restructured the program to better capture and leverage intellectual property emerging from research conducted across the VA enterprise. Under his leadership, TTP expanded from two to seven regional technology transfer specialists. These regional managers  oversee field staff working with researchers at individual VA medical centers and their academic affiliates.

Kaplan and his team converted existing management agreements with VA academic partners to better capture royalty dollars for VA, and to improve relationships with researchers and university partners. The team migrated a data analytics system to the public cloud to improve invention disclosure submissions, tracking, and analytics. These efforts more than doubled annual invention disclosures during Kaplan’s first year leading TTP, and resulted in record numbers, for VA,  of U.S. Patent and Trademark Office-issued patents and licensing agreements.

Under Kaplan's leadership, TTP partnered with the Human Engineering Research Laboratories (HERL) in Pittsburgh to develop working prototypes that demonstrate a potential for commercialization. Through this collaboration, TTP has fostered a wide range of VA-supported innovations, including a computer mouse designed for Veterans who use prosthetic hooks, and a heated pulse oximeter that generates more accurate readings than conventional devices

Recognizing that innovations can surface throughout the organization, Kaplan and his team also developed employee training on invention disclosure and certification. To date, more than 15,000 VA employees have been trained, resulting in several employee-developed innovations. 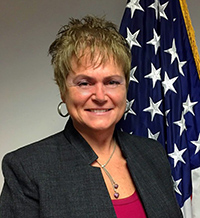 Rookie of the Year recognizes the best tech transfer professional in the federal government with three years of experience or less in the field. Cullum joined TTP in 2019 as the VA regional tech transfer specialist for Washington, Oregon, Idaho, Nevada, Utah, Colorado, Arizona, and New Mexico. While she was new to tech transfer—having worked for 25 years in other capacities in the biomedical and pharmaceutical industries—VA credited Cullum with adapting to the needs of her new field, seeking out further education, and seizing opportunities for improvement.

VA investigators typically hold dual appointments with VA medical centers and affiliate academic institutions. Because of this relationship, invention disclosures are sometimes  submitted only to the academic affiliate—causing VA to miss out on important revenue. Seeing an opportunity to correct this problem, Cullum initiated a training program for VA researchers in the field so that they would better understand their roles and responsibilities. To deliver this interactive training program, the TTP team spearheaded the creation of an e-learning platform. More than 50,000 VA employees have taken the TTP eLearning course over the past two years, with expectations for 10,000 one-time sessions each year.

This was the second time that a VA TTP member was recognized as FLC Rookie of the Year. In 2021, the honor went to VA tech transfer specialist Ryan Davis.

VA’s TTP worked with researchers at the VA Richmond Healthcare System and Virginia Commonwealth University (VCU) to license and commercialize RightEye. The new technology helps physicians analyze eye movements to diagnose more than 28 neurological diseases, including stroke and traumatic brain injury. For example, people with Parkinson’s disease often have persistent eye tremors which are frequently detectable well before other symptoms. Using RightEye technology, clinicians may be able to diagnose Parkinson's at least seven years before outward symptoms are visible, according to VA data. The RightEye device can assess a patient's eye movements in less than five minutes, and produces an easily understood report.

RightEye was developed by VA and VCU researchers Dr. George Gitchel, Dr. Mark Baron, and Dr. Paul Wetzel. The invention, and its successful transfer to industry, was made possible through  an agreement between VA and VCU. In 2016, the device was jointly licensed with a commercial partner, RightEye, LLC. In 2018, RightEye received FDA clearance as a Class 2 medical device. In  2019 it was granted FDA breakthrough designation for a Parkinson’s disease test.

Since licensing, RightEye has sold over 2,200 units in all 50 U.S. states and 25 countries. RightEye now holds the largest database of eye movements in the world, having tested over 3.7 million individuals. The award nomination was submitted by Stefan Susta, a VA technology transfer specialist who worked on the project. 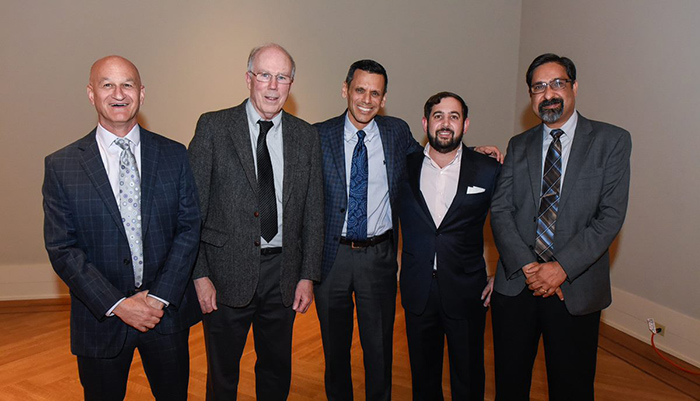