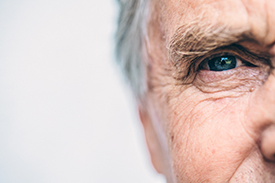 Researchers have developed an eye motion test that could help detect and diagnose Parkinson’s disease at an early stage. The device was developed by researchers at the Southeast Parkinson’s Disease Research, Education, and Clinical Center (PADRECC) at the Hunter Holmes McGuire VA Medical Center in Richmond and Virginia Commonwealth University. It is licensed to the company RightEye, LLC, for commercial development.

The device received breakthrough device designation from the FDA in 2019. This designation helps a product reach the market quickly. It is used for medical devices that provide for more effective treatment of diagnoses of life-threatening or debilitating diseases or conditions.

No definitive test for Parkinson’s currently exists. It is usually diagnosed using a variety of neurological exams. Misdiagnosis and delayed diagnosis are common.

Previous research has shown that people with Parkinson’s often persistent eye tremors that make focusing the eyes on one object difficult. These tremors are often detectable well before other commonly recognized symptoms.

RightEye tracks eye movements, meaning it can identify tremors. The test could help detect the disease at an early stage. The system uses motion-tracking cameras to quickly analyze eye movement. It then compares a patient’s eye movements to a large database to identify patterns associated with Parkinson’s.

“When assessing Parkinson’s disease, 60% of patients are misdiagnosed at least once,” says Dr. George Gitchel, director of PADRECC. “I truly believe that RightEye will play a key role addressing this issue.