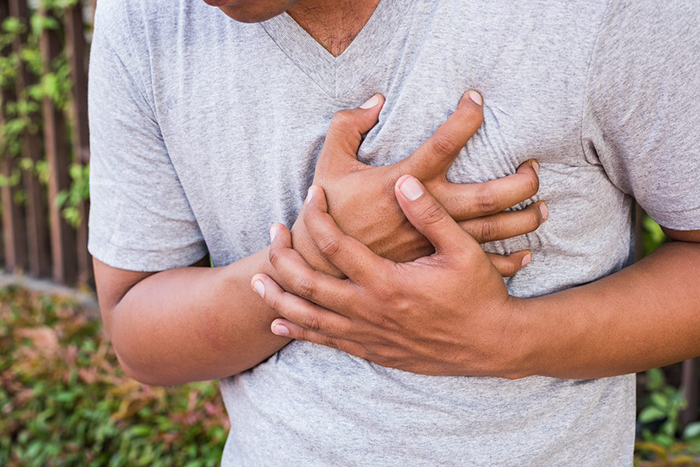 "We once thought of TBI as a discrete event that a patient could recover fully from. Now, the emerging thought is that TBI is a chronic disease process."

A joint study by VA and the Department of Defense (DOD) has found that traumatic brain injury (TBI) in younger Veterans may lead to future risk for cardiovascular disease (CVD).

A large study conducted by researchers at the VA Salt Lake City Health Care System, DOD's Uniformed Services University in Bethesda, Maryland, and others uncovered an association between TBI and CVD in post-9/11 Veterans. The investigators found that all levels of TBI (mild, moderate-severe, and penetrating) were associated with a greater risk of developing CVD.

"We found that post-9/11 Veterans with a history of TBI were more likely to develop CVD than Veterans without TBI," said senior author Dr. Mary Jo Pugh, a research scientist with VA Salt Lake City.  “Furthermore, there was evidence to suggest a dose-response, whereby more severe TBI was associated with higher CVD risk.” 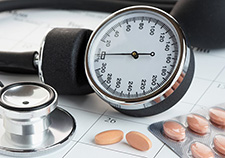 DOD considers TBI a signature injury of the wars in Iraq and Afghanistan. Approximately one in five of the 4.5 million service members who served after 9/11 have sustained at least one TBI. This type of injury is associated with a host of long-term health effects, including mental health conditions like PTSD, long-term disability, sleep problems, and chronic headaches.

The association between TBI and subsequent CVD has not been previously examined in post-9/11 Veterans. Prior studies have suggested that TBI can increase the risk for CVD, but in most cases, results were limited to cerebrovascular incidents like stroke.

The study team looked at health data from more than 1.5 million Veterans gathered from the DOD trauma registry, deployment health data, and other DOD and VA health records for the Long-term Impact of Military-Relevant Brain Injury Consortium/Chronic Effects of Neurotrauma Consortium (LIMBIC-CENC) Phenotype study—a joint DOD and VA research endeavor. Of this number, more than 300,000 Veterans had a history of TBI.

"In addition to overall cardiovascular disease, we found that TBI increased the risk of each individual disease, including heart attack, stroke, peripheral artery disease, and cardiovascular death," said first author Dr. Ian Stewart, LTC, USAF, Uniformed Services University. "The results for cardiovascular death are particularly important, because they are less likely to be the result of bias."

A proactive approach to care

Past studies show an association between TBI and inflammation in the body. When brain cells die as a result of traumatic injury, the process causes inflammation in surrounding tissues. An animal study by researchers at the University of Michigan found that mice with TBI had increased markers of "stickiness" inside the blood vessel walls, leading to atherosclerosis or a buildup of deposits within the arteries.

"While the majority of research examines inflammation shortly after [brain] injury, there is some evidence to suggest changes to the immune system for months, or even years, after a traumatic event," said Stewart. "Since inflammation has been associated with both CVD and cardiovascular risk factors (such as hypertension), it is possible that this represents one pathway by which an episode of TBI can result in subsequent CVD.

"We once thought of TBI as a discrete event that a patient could recover fully from. Now, the emerging thought is that TBI is more than a discrete eventâ€•it is a chronic disease process," Stewart noted. "Our results give further evidence for this point of view by demonstrating that patients with TBI are at an increased risk of adverse cardiovascular outcomes for years after the initial event."

This is important for physicians and Veterans to understand, said Stewart, because there are several strategies for preventing cardiovascular disease. For example, losing weight, eating healthy foods, exercising regularly, and quitting smoking can all help reduce a person's risk for CVD.

"Given the relatively young age of the study group, these results suggest that there may be an increased burden of CVD as these Veterans age and develop other CVD risk factors," noted Pugh. "Future studies are needed to determine if the increased risk associated with TBIs is modifiable."

According to Stewart, future research will involve designing a randomized clinical trial to identify medical care or lifestyle modifications that can decrease cardiovascular risk and improve outcomes. "The men and women who have volunteered to serve our country, and sustained a TBI in that service, deserve nothing less than our whole-hearted effort,” Stewart said.

CVD is an umbrella term for conditions that affect the heart or blood vessels. Health conditions in this category include stroke, coronary artery disease, and peripheral artery disease. These conditions can be caused, in part, by a build-up of fatty plaque inside blood vessels that restricts blood flow to vital organs and tissues.

In the U.S., CVD is responsible for one in three deaths annually. That's nearly 860,000 deaths each year, according to the CDC. Leading risk factors for CVD are high blood pressure, high cholesterol, and diabetes, among others. These are conditions that more often occur in older individuals.