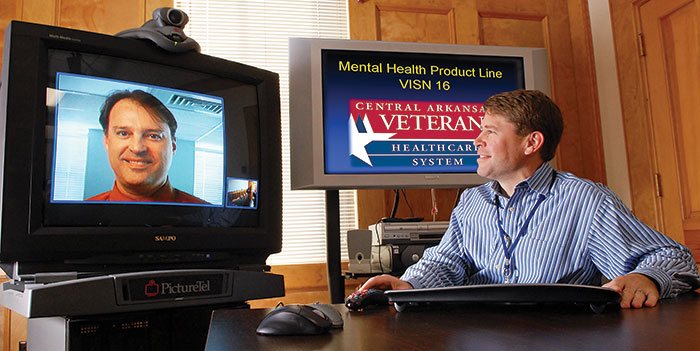 In this 2008 image, Drs. John Fortney (on screen) and Jeffrey Pyne chat through a video system used to bring PTSD therapy to Veterans in rural areas. Since the early days of the research, it has progressed toward larger trials and implementation efforts within VA. (Photo by Jeff Bowen)

"There is a preponderance of evidence that the effectiveness of psychiatry and psychotherapy delivered over via interactive video … is equivalent to that delivered face to face."

Some 40 percent of Veterans who have been diagnosed with PTSD live in rural areas. Two-thirds of those Vets live closer to one of VA’s community-based outpatient clinics than to a large medical center.

The clinics—known as CBOCs—are small primary care sites that serve as satellite clinics for large VA campuses. They typically do not have psychiatrists and psychologists with PTSD expertise on site.

But help is on the way.

VA has launched a pilot telehealth program that will give rural Veterans with PTSD remote access to psychotherapy and related services.

Dr. John Fortney, a research health scientist at the VA Puget Sound Health Care System in Seattle, is leading the project. He hopes the results, which will be available in 2020, will lay the groundwork for a national implementation of the TOP program. 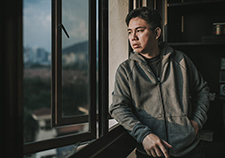 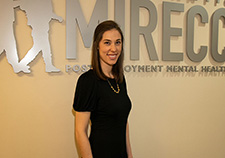 “My focus is on improving access to mental health care for Veterans living in rural areas,” he says. “Because of the avoidance symptoms associated with PTSD, long travel distances to urban areas can be a major barrier to care for rural Veterans. In a prior trial, we were able to successfully use telehealth technologies to engage Veterans in evidence-based, trauma-focused psychotherapies without them having to travel to a distant VA medical center.”

Providing psychotherapy in a primary care setting or at home also helps reduce the negative impacts from stigma, Fortney says.

“Stigmatization occurs when the public labels people with PTSD and attaches negative stereotypes to them,” he says. “Public stigma can lead to prejudicial attitudes and discriminatory behaviors. Public stigma can also lead to self-stigma, whereby those being stigmatized internalize the views of the public. The expectation of rejection by others and lack of self-esteem often leads to avoidance of seeking help.”

President Donald Trump and VA Secretary Dr. David Shulkin have announced plans to increase Veteran access to telehealth tools and services, an initiative that has the potential to help many rural Vets.

Organizers hope to enroll about 1,000 Veterans

Thus far, Fortney and his team have enrolled more than 500 rural Veterans with PTSD who aren’t receiving specialty PTSD care. He hopes to double that figure in the next year.

The enrollees receive frequent phone calls from a care manager who helps them get access to services provided by off-site psychiatrists and psychologists. The psychotherapy is delivered via interactive video from a VA medical center to a CBOC or to the Veteran’s home. The telephone care manager also monitors the progress of the Veterans and helps them overcome barriers to care.

The participants are being encouraged to choose between the two main forms of trauma-focused psychotherapy used in VA: cognitive processing therapy (CPT) and prolonged exposure (PE) therapy. Both have helped many Vets with PTSD overcome troubling experiences, but they take different approaches.

CPT is a 12-session treatment plan that teaches people to evaluate upsetting thoughts that have existed since trauma, with a focus on changing the way they look at themselves and the world. Therapists teach skills that help a person decide whether there are better ways to think about trauma.

PE, a 10-session treatment plan, calls for people to think about the traumatic events they’ve been through—while they are in a supportive environment—to help them realize that those memories are not harmful. Case in point: Being in a crowded area where you can’t see people behind you may bring up anxious feelings, but it doesn’t mean something bad will happen.

This initiative follows several VA studies that have shown that the remote delivery of CPT and PE for Veterans with PTSD can have positive effects.

Fortney led one of the studies, a randomized trial involving rural Veterans that appeared in JAMA Psychiatry in 2015. Of the 265 Vets in the study, half were assigned to receive CPT and care management delivered via interactive video hook-up with psychologists at a VA medical center. The other half were assigned to usual care.

After a year, only 12 percent of the usual care group received CPT. On average, those Veterans showed little, if any, improvement in PTSD symptoms or severity. Nearly 55 percent of those in the telemedicine group, however, received CPT. They also had larger decreases in PTSD scores at six months and one year.

Based on the success of the randomized trial, Fortney says he and his team became motivated to disseminate the TOP program in the VA system.

He’s confident Veterans in the program will get the same quality of PTSD care as if they were in a doctor’s office at a VA medical center.

“There is a preponderance of evidence that the effectiveness of psychiatry and psychotherapy delivered over via interactive video, including CPT and PE, is equivalent to that delivered face to face,” he says.