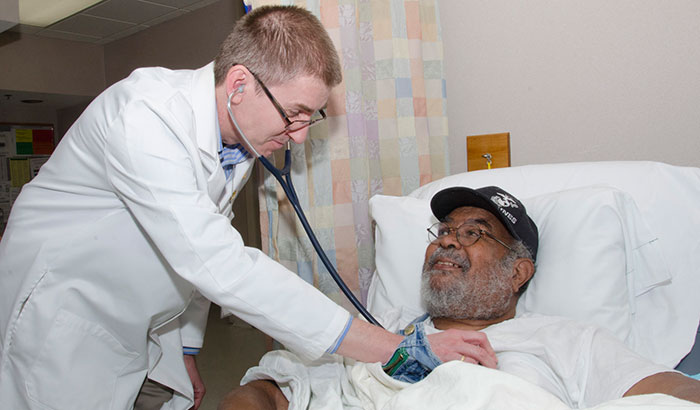 "Early recognition of CKD can help implement measures that can delay its progression, and is thus very important."

Many patients who will later be diagnosed with diabetes show signs of chronic kidney disease (CKD) even before their diabetes diagnosis, according to a study by researchers with the University of Tennessee Health Science Center and VA MidSouth Healthcare Network.

Doctors have long known that patients with diabetes are at risk for kidney disease. But the new study shows that patients could be suffering undiagnosed kidney damage even before they are aware that they have diabetes.

Looking at data from VA electronic health records, the researchers found that more than 30 percent of diabetic Veterans had prior CKD signs. They also found racial and regional disparities for kidney disease risk. 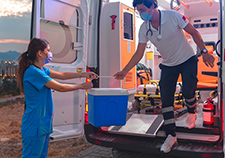 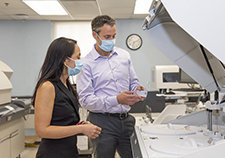 Researchers striving to improve detection of kidney disease in VA

About 10 percent of the U.S. population—around 20 million people—have CKD. Diabetes is the leading cause of CKD and end-stage renal disease. One-third of adults with diabetes have CKD. Other conditions that often co-occur with diabetes, such as cardiovascular disease, also raise the risk of kidney disease.

No cure currently exists for CKD, but treatment can delay its progression if it is detected early. Dr. Csaba Kovesdy, a researcher at the Memphis VA Medical Center and author on the study, explains the importance of early detection: "While CKD is silent, it can also lead to a higher risk of various complications such as high blood pressure, cardiovascular disease, and death. Early recognition of CKD can help implement measures that can delay its progression, and is thus very important. While there are no cures for established CKD, a healthy lifestyle, good blood pressure and diabetes control, and avoidance of various harmful exposures, such as over-the-counter painkillers, can help delay CKD's progression."

Health care guidelines recommend screening for CKD for at-risk patients. However, patients often are screened only after they are diagnosed with established diabetes.

To assess the risk of kidney damage from undiagnosed diabetes, the researchers looked at data on 36,794 Veterans who were diagnosed with diabetes between 2003 and 2013. They found that 31.6 percent of these Veterans had evidence of CKD prior to the diabetes diagnosis, based on estimated glomerular filtration rate (eGFR) and urine-albumin-creatine ratios, two common measures of kidney function.

Veterans with higher age, hemoglobin A1C, blood pressure, and body mass index (BMI) also had a greater risk of CKD. All of these factors are themselves risk factors for diabetes. Those with cerebrovascular disease, congestive heart failure, or peripheral artery disease—conditions that are frequently seen alongside diabetes—had higher kidney disease risk as well.

The results suggest that kidney damage often occurs before diabetes is diagnosed, say the researchers. They propose two possible reasons for this early kidney damage: Type 2 diabetes can be undiagnosed for a long time, meaning the kidneys are being damaged without the patient or doctors being aware. Or, kidney damage could come from other conditions common in the population at risk for diabetes.

According to the researchers, the results highlight an opportunity for broadening screening among patients with increased risk of CKD.

Kovesdy explains that early laboratory testing is needed because CKD often does not have outward signs. "Chronic kidney disease is silent, so patients can develop even advanced stages of chronic kidney disease before noticing anything. The only way to detect it in most affected individuals is through laboratory measurement, i.e., serum creatinine and urine albumin. Serum creatinine is measured very frequently among Veterans, but an abnormal value would only diagnose stage 3 and above of chronic kidney disease. Urine albumin screening would be a way to identify early stages, but the use of this screening test is mostly limited to diabetics."

Certain races, regions of the country at higher risk

The study also revealed disparities in the rates of CKD based on race. Asian Americans and African Americans had higher rates of chronic kidney disease than whites. However, the proportion of patients who were minorities decreased as disease severity increased.

These results based on racial group differ somewhat from the results of other studies. African Americans and Hispanics have generally been shown to have higher rates of CKD than whites. The disease also tends to progress faster in these populations. But results in this study did not show a higher risk for Hispanics. More advanced kidney disease also had a more even racial distribution, according to the new data. The researchers posit that these differences could be because they were looking at a different stage of the disease. Most prior studies have focused on end-stage renal disease.

These regional differences could be due to lower socioeconomic status of Veterans in those areas and less access to care, say the researchers. More analysis is needed to figure out exactly why these parts of the country have higher rates of CKD, as well as to explore the reasons for the difference in risk based on race.

The study was funded by VA and the University of Tennessee Health Science Center Institute for Research, Innovation, Synergy, and Health Equity.