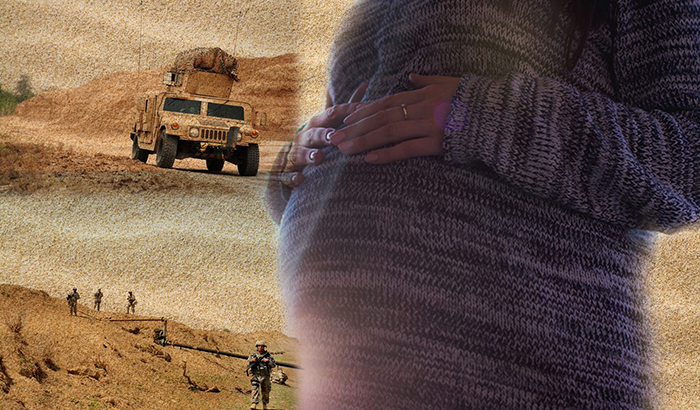 "Increased awareness of the impact of PTSD and moral injury on perinatal outcomes is imperative to improve screening during this sensitive time and connect at-risk women Veterans to services."

The results led study author Dr. Yael I. Nillni, a researcher with the National Center for PTSD at the VA Boston Healthcare System and Boston University School of Medicine, to suggest that “screening for PTSD and moral injury during the perinatal period is important to identify women who may need treatment for these problems.”

The findings appear April 14, 2020, in the Journal of Traumatic Stress. 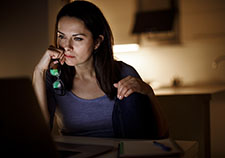 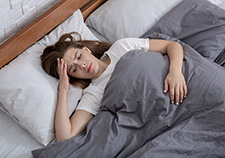 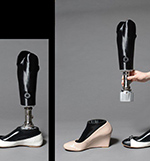 Posttraumatic stress disorder results from experiencing traumatic events, such as military combat. Symptoms include re-experiencing the trauma through flashbacks or nightmares, numbness, sudden anger, and hyperarousal. PTSD is more common in women Veterans than civilian women. In addition to combat, experiences such as childhood abuse, military sexual trauma, and sexual harassment can cause PTSD in women Veterans.

Moral injury refers to distress related to transgression of deeply held moral beliefs. It can lead to feelings of shame, guilt, and demoralization. Moral injury can result from a number of experiences, such as combat and military sexual trauma. Experiencing leadership failures or perceived betrayal by peers, the military, or the government have also been linked with moral injury in Veterans. Past research has shown that a person does not need to be directly involved in a transgressive act to face moral injury. Being exposed to transgressions can also lead to moral injury.

While PTSD and moral injury frequently occur together in Veterans, they are distinct conditions.

Previous VA research has shown PTSD may increase the risk of gestational diabetes, preeclampsia, and preterm birth. Some evidence suggests that moral injury can negatively impact physical health, but its effects on pregnancy have not been studied.

To better understand how these two conditions affect pregnancy, the researchers followed 318 women Veterans who became pregnant within three years of separating from military service.

For both PTSD and moral injury, the more severe the symptoms, the higher the likelihood of pregnancy complications.

Results consistent with past research

The results were consistent with other studies on PTSD and pregnancy. In 2018, VA and the Department of Defense published clinical practice guidelines that emphasize the importance of screening for mental health conditions during pregnancy. The new findings add evidence to the idea that both PTSD and moral injury should be screened for and treated during pregnancy.

Nillni stressed the importance of screening for pregnant women both within and outside VA health care settings. “Given that many women receive obstetric care outside of the VA,” she explained, “increased awareness of the impact of PTSD and moral injury on perinatal outcomes is imperative to improve screening during this sensitive time and connect at-risk women Veterans to services.”

For more on VA research into PTSD, visit the Posttraumatic Stress Disorder topic page on the VA research website.