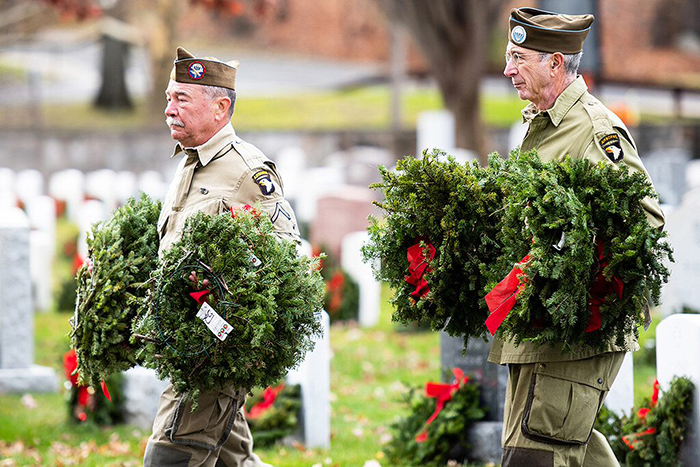 "One thing we've tried to do is to emphasize the importance of resilience or protective factors, like optimism, purpose in life, and post-traumatic growth."

If someone were asked to characterize American values, they might say, "adventurous, brave, resourceful, hard-working, and self-reliant." Americans typically respect a "can-do" attitude—one that supports taking responsibility and meeting challenges head on. These values are very similar to those that are part of U.S. military culture. Unfortunately, this type of outlook can sometimes make it difficult for service members or Veterans to accept help when they need it.

A 2021 VA study led by Drs. Alexander Kline and Robert Pietrzak examined the relationships between mental health disorders, character traits, and mental health care use in U.S. military Veterans. The study used data from the 2019–2020 National Health and Resilience in Veterans Study (NHRVS), which surveyed a national sample of more than 4,000 Veterans. 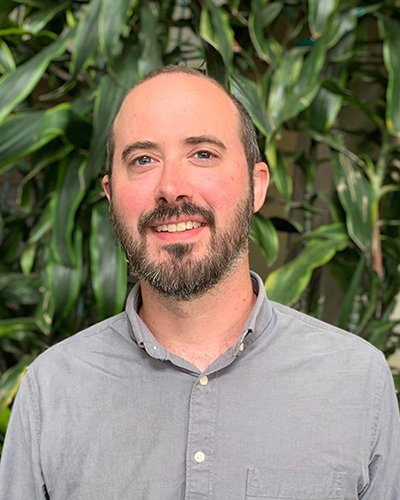 Dr. Alexander Kline is a psychologist and researcher at the San Diego VA Medical Center in California.

Dr. Alexander Kline is a psychologist and researcher at the San Diego VA Medical Center in California.

The investigators found that less than a third of Veterans in the study with a probable mental health or substance use disorder reported current engagement with mental health care. In addition, the team found certain character traits like grit—a commitment to address personal needs on one's own—were linked to seeking care. Specifically, study results showed that among Veterans reporting high rates of mental health difficulties such as anxiety or depression that impacted functioning, those endorsing high grit were less likely to use mental health care than those endorsing low grit.

NHRVS is the brainchild of Dr. Pietrzak, director of the Translational Psychiatric Epidemiology Laboratory of the VA National Center for PTSD in West Haven, Connecticut. NHRVSâ€•called “Nerves”—is a nationally representative survey administered to Veterans both inside and outside the VA health care system. Since 2011, the NHRVS team has recruited three prospective cohorts of U.S. Veterans.

"We've recruited three separate cohorts, spanning over 8,000 Veterans. We also collected saliva samples so that we can look at genetic and epigenetic factors linked to mental health disorders. One strength of our study is that we are examining nationally representative samples of Veterans," says Pietrzak. "Because only about one in five Veterans uses the VA as a primary source of health care, NHRVS data give us a picture of the entire Veteran population."

Correlates of mental health care use 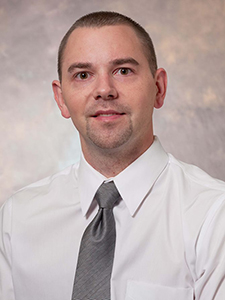 Kline is a post-doctoral fellow at the San Diego VA Medical Center in California. He is a clinical psychologist with a background in treating PTSD. He has worked closely with Dr. Sonya Norman, director of the PTSD Consultation Program at the National Center for PTSD in White River Junction, Vermont.

While VA has many effective therapies for treating PTSD and other behavioral health conditions, it is often a challenge to engage Veterans to seek out and participate in mental health care, he says. A primary aim of the study was to better understand factors that could hinder or assist Veterans in getting timely mental health treatment.

"Epidemiological research indicates that, for PTSD, civilian men are least likely to seek treatment compared to Veterans and civilian women. But even among Veterans, there is often a long delay before many of them ultimately decide to seek treatment," says Kline. "We suspect that having access to mental health care that's provided by VA is likely a facilitator to treatment for Veterans."

For the study, Kline's team used a behavioral health model that identified three groups of elements that might influence the likelihood of Veterans seeking out mental health care—predisposing factors, enabling factors, and need factors.

"We did not see as strong an association with enabling factors as we did with need factors. There are well-established connections between stress, psychopathology, and functional impairment and engagement in mental health treatment," notes Pietrzak.

While the researchers acknowledge the importance of understanding factors that could prevent Veterans from seeking out mental health care, they also recognize the value of certain character traits such as grit and resilience.

"One thing we've tried to do through the NHRVS is to emphasize the importance of resilience or protective factors—this includes factors such as optimism, purpose in life, social support, and post-traumatic growth," notes Pietrzak. "We are as interested in adverse or negative mental health outcomes as we are in positive outcomes, such as resilience. Prior to this study, hardly any research has examined how such factors may be linked to mental health treatment utilization."

Researchers have tried to identify barriers to care that are relevant among Veterans, says Kline. Prior to the COVID-19 pandemic, VA was just beginning to expand telehealth services. For many rural Veterans, accessing health care meant traveling hundreds of miles to receive care at a VA hospital or clinic. Now access is much less of a problem than it used to be. In 2021, over 2 million Veterans received care through VA telehealth.

"There has been an explosion in telehealth and teletherapy in VA, so Veterans can now access care from their homes. Veterans can also access telehealth at a neighboring VA clinic, which may be closer than the nearest VA medical center," says Kline.

Other barriers to obtaining mental health care include the stigma of mental illness; logistical factors like cost, transportation, and scheduling; and military cultureâ€•which values self-sufficiency, endurance, and resilience.

Understanding these factors could help VA researchers and clinicians design mental health interventions that would be more acceptable to Veterans and better fit their needs. One example is mental health apps for mobile devices, like VA's PTSD Coach and AIMS for Anger Management.

"Another gateway to mental health treatment is online self-guided tools [apps]—many developed by the VA National Center for PTSDâ€•which can help with PTSD, anger, sleep, general coping skills, and substance use," says Pietrzak. "These might also help boost access to and enhance professional mental health care, because all these apps are rooted in evidence-based mental health treatment principles."

A primary conclusion from the study was that screening for mental health symptoms and impairment in Veterans is key. Kline notes that VA's integrated care model excels in identifying Veterans who could benefit from mental health care. Primary-care providers in VA work to encourage their patients to engage in treatment, when indicated, and try to make the referral process smoother.

"Mental health is an area where VA has made screening a priority, particularly in high-traffic routine clinics. We've seen that integrating mental health care into primary care has positively impacted mental health treatment initiatives," Kline says. Screening for factors that are less stigmatized, like sleep difficulties or impairments in daily functioning, might help facilitate connections with providers and improve acceptance of mental health care in Veterans, he adds.

Kline notes that most health utilization research to date has focused on standard variables like age, socioeconomic status, military culture, and psychiatric problems like PTSD and depression. That's why his team is looking at protective factorsâ€•like grit and self-relianceâ€•that might keep Veterans out of treatment.

"Even in the presence of high levels of distress and impairment, we saw that Veterans with high levels of grit were substantially less likely to be engaged in treatment," Kline says. "It's possible there is some interaction between protective factors and mental health difficulties that is affecting the likelihood of seeking treatment."

However, that doesn't mean that the research team is only interested in understanding barriers to mental health care.

"I think our job from a research, clinical, and administrative perspective should be to focus on building what's strong in Veterans, as well as fixing what's wrong. I think this message resonates well with Veterans because it recognizes many of the skills they've acquired in military training and service," says Pietrzak.