ORD Home » Currents  »  Study explores ways in which melamine, found in household items, can cause... 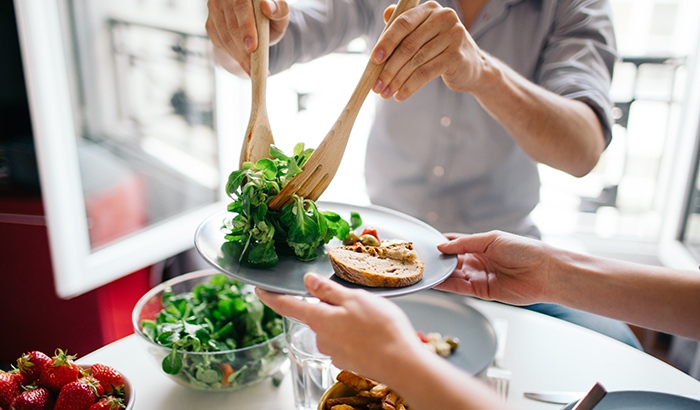 Study explores ways in which melamine, found in household items, can cause kidney damage 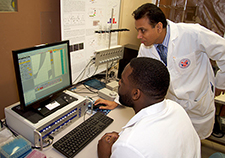 A new study from the Calcium Signaling Laboratory at the Washington DC VA Medical Center shows how melamine, a chemical found in many plastic products, can contribute toward kidney cell damage and kidney stone formation. The research team demonstrated that melamine acts on a protein that senses extracellular calcium in the kidneys and other organs, called the calcium sensing receptor, and thereby causes cell damage.

The results were published in an April issue of the American Journal of Physiology.

Heat and acid can cause melamine to leak into food

Melamine is a frequently used compound found in laminates, adhesives, cleaning materials, and plastic products. Previous research has shown that high levels of melamine are linked to kidney stones and chronic kidney disease. In one outbreak in China, children who ingested milk-based formula contaminated with melamine, which had been used to manipulate tests of protein content, showed kidney stones and acute kidney injury.

Melamine from plastic plates, cups, and utensils can leak into food when exposed to acids or high temperatures. However, the Food and Drug Administration says that the melamine levels from normal use of these everyday items are "well below the risk level." The FDA does recommend avoiding excessive heat when using plastic ware, but says that melamine-containing tableware is safe.

Melamine can bring on a stress response inside the cell via calcium sensing receptors.

Dr. Bidhan C. Bandyopadhyay, corresponding author on the new study, and his team exposed kidney cells to the chemical to better understand the mechanism behind how melamine causes damage.

They showed that melamine can bring on a stress response inside the cell via calcium sensing receptors. This results in increased production of a type of harmful chemical called reactive oxygen species. Higher calcium and reactive oxygen species levels together can cause DNA damage and cell death. Furthermore, such cell death creates debris that can be a factor in kidney stone formation. 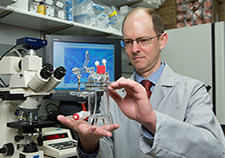 The new study also builds on experiments by other groups showing that melamine causes crystals to form when mixed with cyanuric and uric acid, leading to kidney stones. Cyanuric acid is common in many cleaning materials. Uric acid is produced naturally by the body. When mixed with these chemicals, melamine appears to have a much more damaging effect. There is also increasing evidence, says Bandyopadhyay, that melamine has toxic effects on its own. Multiple studies have confirmed that melamine leads to higher reactive oxygen species levels, leading to cell death, although Bandyopadhyay's lab is the first to show the link with calcium sensing receptors.

While the FDA warns that high enough levels of melamine could cause kidney stones, kidney failure, and even death, the VA researchers suggest that lower levels could also be dangerous. They say the risk of melamine exposure in everyday life should be more closely considered.

They write, "We propose that persistent exposure to low levels of melamine from sources we use daily (such as plastic ware) could also pose a risk to adults and form stones."

Continued use of plastic table ware could expose people to multiple small doses of melamine contamination, which could eventually build up, explains Bandyopadhyay. He believes, based on evidence from his and other studies, that "everyday use of those containers with prolonged acid and temperature exposure (microwave use) may make the melamine start to come out and contaminate the foods."

A human study published in JAMA Internal Medicine in 2013 backs up the notion that melamine can often leak into food during normal use of plastic ware.

Both the FDA and Bandyopadhyay and his coauthors warn that food should be reheated in microwave-safe dishes rather than melamine-containing plastic ware to avoid contamination.

At the same time, totally avoiding plastics made with melamine would prove difficult, he says. "We cannot avoid the use of plastic, as this is an indispensable part of our modern lifestyle.... Non-melamine plastics are not that durable."

His latest study of melamine could also have impacts beyond just warning of the dangers of plastic ware. Bandyopadhyay explains that understanding how melamine affects calcium sensing receptors could help scientists develop new drugs to combat bone and kidney disease. But he warns that such research "may have hurdles to cross in order to reduce the toxic effect of melamine."