ORD Home » Currents  » To prescribe or not to prescribe: When it comes to antibiotics, that is the...

To prescribe or not to prescribe: When it comes to antibiotics, that is the question 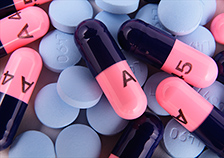 "Mr. Jones, I'm not sure if this antibiotic is really necessary, but I'm going to put you on it anyway, just in case."

Doctors in hospitals may not put things quite this way to their patients, but they may be thinking this way.

That's one of the insights from interviews with 30 physicians at two teaching hospitals: one a VA medical center, the other on a university campus. The findings appeared online June 16, 2015, in Infection Control and Hospital Epidemiology.

The study probed the feelings and beliefs that underpin antibiotic prescribing—especially when there are no clear indications for the drugs. Past research shows that more than half of hospital patients will get an antibiotic at some point during their stay, and that up to half of these prescriptions are unjustified or unnecessary.

Overuse of the potentially life-saving drugs fuels the spread of nasty superbugs such as C. difficile, which can cause severe diarrhea, nausea, abdominal pain, and fever. The Centers for Disease Control and Prevention says each year in the U.S. there are almost half a million cases of C. difficile, resulting in thousands of deaths.

VA and other hospital systems have increasingly put in place "antimicrobial stewardship" programs to help ensure wise use of the drugs. The new study, however, suggests there is more work to be done in terms of addressing the attitudes and beliefs that shape real-world practice.

Understanding the culture of prescribing

The study's lead author, Dr. Daniel Livorsi, says, "We wanted to better understand the culture among physicians in the hospital, the social and psychological factors that underlie excessive prescribing of antibiotics." Livorsi, an infectious disease specialist at the Iowa City VA Health Care System, serves as the medical director of his site's antimicrobial stewardship program. He is also an assistant professor of medicine at the University of Iowa Carver College of Medicine.

He points out that "in theory, prescribing should always be dictated strictly by evidence and information, and be fully in line with clinical guidelines. But there are gray areas where physicians have to use their best judgement. And even in cases that are more black-and-white—where an antibiotic is clearly not indicated—there are still factors that may influence doctors' prescribing decisions and lead them to write a prescription nonetheless, and to justify it in their mind. Through the interviews, we wanted to get insight into this thought process."

One theme that emerged in the research was that newer doctors are strongly influenced by their supervising physicians—whose careers may span back to decades when over-prescribing of antibiotics was less of a concern.

"If they always do it [prescribe], then I feel the need to do it," said one medical resident who was interviewed.

Another shared, "When we see broad-spectrum antibiotics being [prescribed] with relative ease, it gives us the confidence to do so as well."

Broad-spectrum antibiotics, in particular, which are designed to kill a wide variety of bacteria, are blamed for much of the spread of drug-resistant strains.

Another theme that emerged in the interviews: Physicians seemed more concerned with missing a possible infection in their patients than with exposing them to the harmful side effects of antibiotics, or with contributing to the more abstract, global problem of antibiotic overuse.

"[The problem of antibiotic resistance] is always there at the back of your mind," said one resident, "but...when you are faced with a particular situation, you're stuck between trying [to think globally and] reduce broad-spectrum antibiotic use...versus trying to make sure you don't miss a bug by going too narrow."

Another motif that came through in the interviews was the reluctance on the part of physicians to challenge their peers, much less their supervisors, if they noticed them prescribing antibiotics without clear justification. "Avoiding confrontations and preserving strong working relationships were seen as higher priorities," observed Livorsi and his coauthors.

The group says their findings may not be representative of all hospital physicians, but they do jibe with the results of similar research in Europe.

So what's a hospital system to do?

Livorsi and his coauthors offer a few possible solutions. For example:

On the horizon: Growing role for diagnostic tests

Perhaps an even more potent answer will come with time, suggest the researchers, as accurate diagnostic tests become more commonplace in hospitals. Such tests might show conclusively, for example, that an infection is viral and not bacterial, meaning antibiotics won't work.

Livorsi says VA medical centers and other hospitals do currently use diagnostic tests to guide antibiotic-prescribing decisions, but the tests have limitations.

"For one, test results may not be available for several days, so doctors initially make antibiotic-prescribing decisions based on their own clinical assessments," he says. "In addition, there are several types of infections that cannot be diagnosed, or ruled-out, with a simple diagnostic test, so the doctor's judgment ultimately prevails."

Livorsi notes that rapid diagnostic tests are becoming more available for specific types of infections, but there can be "financial and logistical obstacles to their routine use. In addition, doctors have to be guided on how to correctly interpret the test results. For example, several centers have had success using rapid diagnostic tests to optimize therapy for patients with bloodstream infections—as long as a stewardship team was available to provide real-time feedback to the physicians."

Eventually, though, says Livorsi, such tests will help doctors to appropriately forego the use of antibiotics when they otherwise might have succumbed to the pressure to write the prescription.

"I do think the greater availability of diagnostic tests will help improve antibiotic prescribing, because a large proportion of antibiotic overuse stems from diagnostic uncertainty," says Livorsi. "With that said, culture change will also be an important part of addressing the problem."