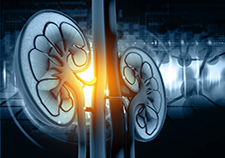 Kidney disease claims the lives of some 90,000 Americans each year. Transplantation is a life-saver in many cases. (Illustration ©iStock/Hywards)

Kidney disease claims the lives of some 90,000 Americans each year. Transplantation is a life-saver in many cases. (Illustration ©iStock/Hywards)


In contrast to what has been found in some studies in the private sector, Veterans Affairs patients who need a kidney transplant are unlikely to face racial disparities in the evaluation process.

That's the main finding from a study that appeared online Aug. 1, 2016, in the journal Transplantation. The authors were based at VA and university sites in Pittsburgh, Nashville, Portland (Oregon), and Iowa City.

The study focused only on one phase of the kidney transplantation process—the extensive evaluation that patients with end-stage disease must undergo before being approved for a transplant and accepted to a wait list for a donor. The research didn't look at other critical stages—for example, time spent on wait lists, or outcomes after the procedure.

Lead author Dr. Larissa Myaskovsky says her group is now planning to examine other phases of the kidney transplant process. She says homing in on specific phases, rather than looking at the entire process A to Z, may help to isolate areas that could be improved.

"This is such a complex process," she says. "If you want to do interventions and implement quality improvements, it's best to tackle one area at a time."

Myaskovsky is with the University of Pittsburgh and VA's Center for Health Equity Research and Promotion. 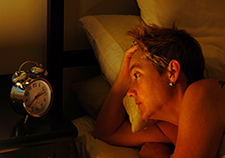 The just-published study included 602 patients who were evaluated at any of the four VA transplant centers that were in operation during the study period, 2010 - 2014. Today, VA has seven sites nationwide that perform kidney transplants.

The researchers found that race did not impact the time Veterans spent in the evaluation phase—from their initial appointment at a VA transplant center, to their being accepted and placed on a wait list.

For those with end-stage kidney disease, time is of the essence.

"Timing is an issue as soon as someone goes from chronic kidney disease to end-stage kidney disease," says Myaskovsky. "The longer a patient has to wait to get a transplant, the worse the outcomes post-transplant."

In the study, the median "time to acceptance" was 133 days for African Americans, 116 days for whites, and 99 days for other minorities. The differences were not considered statistically significant. The times were in line with those at non-VA transplant centers.

The authors summed up the finding this way: "VA kidney transplantation centers are successfully bringing end-stage kidney disease patients through the evaluation process without race disparities at a time when non-VA transplant centers are unable to do so, and are doing so while achieving a median time to complete evaluation similar to other published rates in non-VA settings."

Myaskovsky points out that for those with end-stage kidney disease, a transplant is usually preferable to remaining on dialysis long-term. Research shows that transplantation reduces mortality, improves quality of life, and cuts long-term costs, relative to dialysis. In dialysis, a machine does the job of the kidneys and filters toxins and extra fluid from the blood.

"Dialysis is very taxing on the body, and on the whole person," she says. "Patients usually have to go to a dialysis center three days week. They are exhausted after treatment. Their cognitive capacity could be affected. Their overall quality of life is significantly compromised. With transplantation, as long as patients adhere to the post-transplant regimen, they can usually lead a relatively active and independent lifestyle."

She says VA's opening of additional kidney transplantation sites in the past few years has made the procedure more easily available to Veterans who need it.

Myaskovsky and her colleagues are careful to note that their latest findings—focused only on one phase of the process—don't necessarily mean VA is free of racial disparities in the area of kidney transplants. They cite a 2007 study that found similar racial differences in VA and non-VA settings: Black patients received transplants at roughly half the rate as whites.

They point out it's possible that race disparities still do exist, even in VA, in terms of which patients are being referred for evaluation in the first place, or how long patients wait for transplants.

Myaskovsky says her ongoing research, which involves a team from the Pittsburgh Veterans Engineering Research Center, will look for such disparities and explore ways to address them.

To the extent that race disparities do still exist across some areas of medicine in general, their basis often isn't clear. In some cases, race is mainly a proxy for income or education levels, or certain health habits or cultural attitudes or preferences, and it is those factors that may help explain the disparities.

Myaskovsky's team did assess a wide variety of medical, demographic, and cultural factors in the latest study. These included, for example, patients' knowledge and attitudes about transplants, and their levels of medical mistrust, social support, and emotional distress—any of which could affect their navigation through the process.

Of the dozens of factors examined, though, only a handful appeared to predict faster acceptance onto wait lists: On average, Veterans with faster times were younger, had fewer illnesses in addition to kidney disease, were married, and carried both private and public insurance.

Depression also appeared to play a role, although the direction of that finding was counter-intuitive: Those with higher levels of depression had shorter times to acceptance.

Myaskovsky says that finding, though somewhat surprising, does jibe with what has been seen in some past studies on transplant patients. Regardless of the reason, she says, the information may be useful in determining which patients may need extra services or support.

On the whole, her team concluded that while disparities in general continue to be a "pernicious problem" that has persisted in the kidney transplantation process in both VA and non-VA settings, "VA's success in reducing disparities at least during the kidney transplant evaluation process is noteworthy, not only for the 8.76 million Veterans it serves, but also as a case-study and potential model as to how to achieve that equality in other health systems."

The study was funded by VA and the National Institute of Diabetes and Digestive and Kidney Diseases.