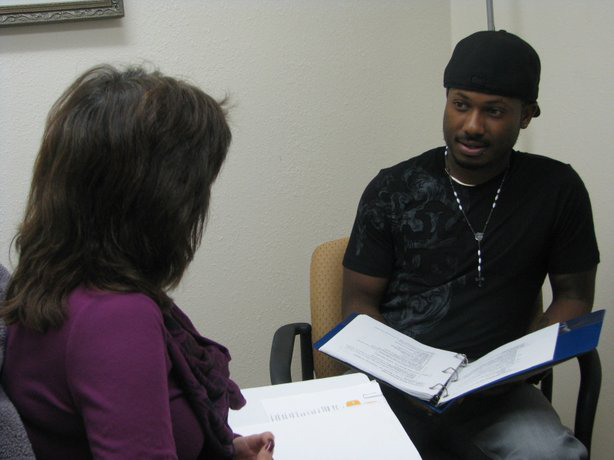 
A study shows that a form of cognitive training has the potential to improve thinking ability, psychiatric symptoms, and quality of life in people with severe mental illnesses, such as schizophrenia, bipolar disorder, and major depressive disorder.

However, patients who received the cognitive training fared no better with regard to work outcomes, compared with a group that did not receive it.

The findings appeared in Schizophrenia Research in August 2017.

The study focused on Compensatory Cognitive Training (CCT), a program that teaches strategies to improve memory, attention, learning ability, and problem-solving skills. It has been used with Veterans and non-Veterans, mostly to compensate for the cognitive difficulties often observed in people with severe mental illnesses or other brain disorders, such as traumatic brain injury (TBI).

Cognitive impairment is common and persistent in people with severe mental disorders.

Dr. Elizabeth Twamley, of the Center of Excellence for Stress and Mental Health at the VA San Diego Healthcare System, led the research. She says this was the first study to gauge the impact of CCT on people with mood disorders such as depression and bipolar disorder, including with respect to their employment possibilities.

“The good news from our study is that CCT was associated with improvements in cognition, depressive symptoms, and quality of life,” Twamley says. “CCT was not associated with work outcomes, but this may have been due to the fact that the two study groups used different employment specialists. I still believe that high-quality cognitive training interventions that improve cognition should improve long-term employment outcomes, but we will need to demonstrate that empirically in another study.”

Twamley is also a professor of psychiatry at the University of California, San Diego. Her research focuses on applying neuropsychology to strategies that help people with cognitive impairments.

About 15 years ago, she began developing and testing Compensatory Cognitive Training. The 12-week program is not based on repetition like some other cognitive initiatives. Instead, it teaches people with cognitive deficits how to use strategies to improve thinking and memory. Specialists work with patients as they practice and try to make tasks instinctive in their daily lives, including in the workplace.

“For example,” Twamley says, “for prospective memory, or remembering how to do things, we teach people how to keep a calendar, how to check a calendar multiple times a day, how to keep to-do lists, and basically how to organize their tasks. For learning and memory, we teach people how to categorize information that they need to remember so they use those strategies to assist their memory.”

She and her colleagues have also created two spinoffs of CCT: CogSMART for TBI, and CCT for TBI. The two offer similar forms of cognitive training for Veterans with traumatic brain injury. Each of the three programs has a separate manual. Twamley offers the manuals for free on a website.

But in her research Twamley had not used Compensatory Cognitive Training to help patients in the workforce. She thus embarked on her first CCT study in relation to supported employment.

“I view employment as one of the most important functional outcomes,” she says. “Working not only provides income, which is essential for adequate housing. It provides a sense of purpose, an identity, an opportunity to use skills, and an opportunity to socialize.

“Many people with severe mental illness do not work but would like to work,” she adds. “They can benefit from supported employment programs to help them seek and keep employment. We know that cognitive abilities are linked with successful outcomes at work, so we sought to improve cognitive functioning in the hopes of improving work outcomes.”

The study included 153 participants: 58 with schizophrenia or schizoaffective disorder, 37 with bipolar disorder, and 58 with major depression. Schizophrenia is characterized by disturbances in thought, perception, and behavior, and schizoaffective disorder is basically schizophrenia plus a major mood disorder. All of the participants were unemployed and seeking work. The average age for both groups was in the 40s; each group averaged 13 years of education.

At the end of the 12-session period, the researchers found major improvements in working memory, depressive symptoms, and quality of life in the CCT group. Working memory was measured with a neuropsychological test, while depressive symptoms and quality of life were determined through interviews. The researchers say the outcomes didn’t differ depending on the mental illness of the patients. “So the people with schizophrenia did just as well as the people with mood disorders,” Twamley says.

However, “A longitudinal follow-up demonstrated no statistically significant effects of CCT over 12 to 24 months, although there was a trend toward a small-to-medium CCT-associated improvement” in learning, the researchers write.

Unclear if more cognitive training would have helped with employment

In terms of improving their job prospects, members of both groups used an evidence-based supported employment program that assists people with severe mental illnesses. A different employment specialist with a master’s degree related to social work, counseling, or psychology administered the program in each group.

The non-CCT control group received extra employment sessions during the first 12 weeks of the study to match the CCT group’s cognitive training time.

“The supported employment program that we used is individualized, so basically the employment specialist meets the person in the field and delivers the assistance that person needs to find and keep a job,” Twamley says. “The specialist can help with job applications and interview preparation, and they can accompany the job candidate to an interview if that person wants that. The program is unique, in part, because specialists interact with employers in the community and try to identify jobs that would be appropriate for their clients.”

Ultimately, the control group was more successful on the job front than the CCT group. But the differences between the two were not “statistically significant,” according to the researchers:

It is unclear, Twamley says, if the CCT group would have been more successful with employment if it had received the cognitive training throughout the two-year study.

“We’ve never repeated the CCT content in any study, so we don’t know if more exposure to that content is beneficial,” she says. “I think of it as taking a class in which you’re learning new strategies. If you take that class again, do you actually get better at using any of those strategies or did you get it the first time? We need another study to know if more CCT sessions would have been helpful or not.”

She adds: “But basically we saw improvements in the short term that didn’t last over the whole two years of the study. So if we had not followed those people for two years, we wouldn’t know that, and we wouldn’t know, for example, that we may need to give them more treatments or more sessions.”

To better assess the impact of CCT on supported employment, Twamley says she and her team also must undertake a new study in which workplace assistance is delivered by the same specialist in both groups.

“This would eliminate the potential that therapist effects contributed to the differences in employment outcomes across groups,” she says.