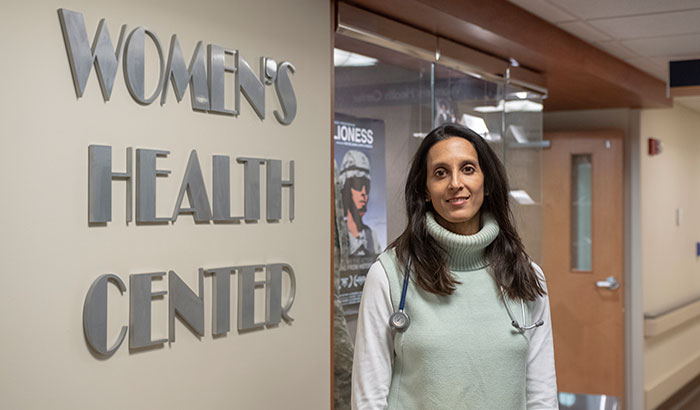 When it comes to using birth control, intention and attitude matter

"Counselors need to be aware of the range of thoughts and attitudes that may be shaping a woman’s behavior when it comes to using contraception."

For example, women who don’t plan on getting pregnant, but who nonetheless say it would be fine if it happened, or even that they would be happy about it, may be less likely to use birth control at all, or to use effective methods, than those who aren’t planning a pregnancy but say they would be upset if it occurred.

The finding, reported in the Nov. – Dec. 2018 edition of Women’s Health Issues, doesn’t seem surprising. Some past research has indicated as much. But the new evidence will help round out counselors’ understanding of what drives women’s decisions to use or not use contraception. It may also bolster efforts in VA to improve reproductive health services for women Veterans.

Dr. Sonya Borrero, who led the research, says the finding offers a window into the complexity of women’s behaviors around planning or preventing pregnancies.

“Pregnancy intention and attitudes toward a hypothetical pregnancy are not always aligned,” says Borrero, who is with the University of Pittsburgh and VA’s Center for Health Equity Research and Promotion. “Counselors need to be aware of the range of thoughts and attitudes that may be shaping a woman’s behavior when it comes to using contraception.” 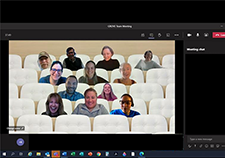 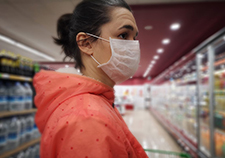 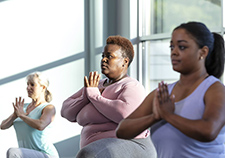 And, Borrero points out, intentions and attitudes may be relatively fluid, changing over the course of a few months based on factors like relationship status, financial situation, or social support. She says routine or frequent assessment is needed to help women make the best reproductive decisions.

Borrero’s team conducted phone interviews with 858 women Veterans who had recently been VA primary care patients. The work was part of a larger study called Examining Contraceptive Use and Unmet Need among Women Veterans.

The new analysis was limited to women Veterans at risk for an unwanted pregnancy. They answered questions about whether they were currently trying to become pregnant or planning to do so in the next year or at any point in the future. “Not sure” was another option.

Intentions and attitudes were aligned, but not perfectly so. Predictably, most (77 percent) of those intending to become pregnant in the next year said they would be content if it occurred. But at the same time, positive attitudes toward a hypothetical pregnancy were also reported by more than a quarter of the women who said they didn’t want to become pregnant until at least a year down the road (28 percent), and even among many women (14%) who said they had no plans at any time in the future to become pregnant. Only about a third of those who planned no future pregnancies said it would be the “worst thing” if it occurred.

Despite the mismatches that emerged between intention and attitude among many of the women, both factors were independently associated with contraception use. Women who said they “never” wanted to become pregnant were nearly three times more likely to report using contraception, versus those who expressed the intent to become pregnant within the next year. Similarly, women who said becoming pregnant would be the “worst” thing that could happen were nearly three times as likely to use contraception, compared with women who said a pregnancy would be the “best” thing that could happen.

According to the study, “highly effective” methods of birth control include intrauterine devices and subdermal implants. Moderately effective methods include the pill, ring, patch, and injection. The least effective are barrier devices such as condoms, diaphragms, and cervical caps; fertility awareness methods; spermicides; and withdrawal.

The study also observed cultural patterns that have been seen in other research. For example, Hispanic women showed more positive attitudes toward unintended pregnancies than did white or black women. Meanwhile, among black women, neither intention nor attitude was significantly linked to contraceptive use.

“Improved understanding of racial/ethnic differences in pregnancy attitudes would allow for more culturally relevant and inclusive counseling strategies to help women to decrease their risk of undesired or unacceptable pregnancies,” wrote the researchers.

Dr. Amita Vyas, editor-in-chief of Women’s Health Issues, called the study “a strong contribution to the growing body of research that is expanding our understanding of how women make decisions about contraception.” She said it will “help providers offer patient-centered care and assist all clients in achieving their reproductive goals.”

VA and the National Institutes of Health funded the research.