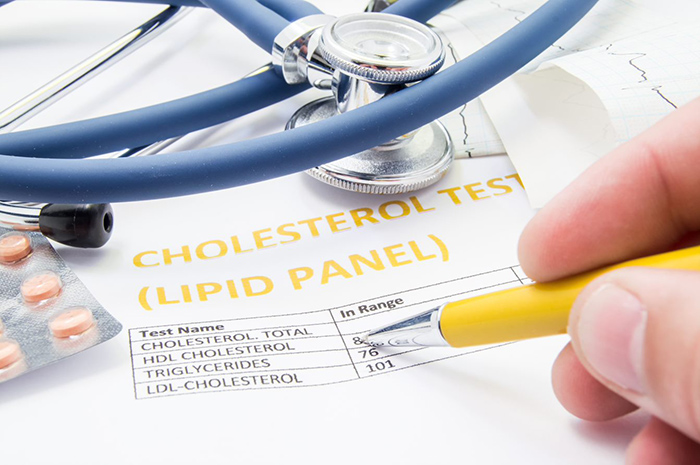 A VA study has documented a link between cholesterol-lowering statin drugs and diabetes progression. (Photo: ©iStock/Shidlovski)

"Patients on high-intensity statins and who were otherwise healthy had the highest risk of diabetes progression."

A database study of Veteran patients suggests that statin medications can raise the risk of diabetes progression. Based on the findings, the researchers say patients should be carefully observed when they start on statins.

The study,  published Oct. 4, 2021, in JAMA Internal Medicine, included more than 83,000 matched pairs of patients. Each pair consisted of a patient who started taking a statin at some point during the study period, and a similar comparison patient who initiated a non-statin drug—namely, an H2 blocker or proton pump inhibitor. Those drugs treat stomach acid conditions and are known to not affect diabetes risk. 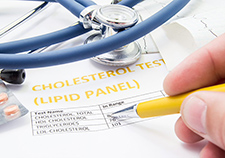 The study group was mostly men, aged 30 and older. All  were diagnosed with diabetes at some point during the study period, 2003  2015. All were regular users of VA health care.

Diabetes progression occurred in about 56% of statin users, versus 48% of users of non-statin medications.

Furthermore, each individual component of diabetes progression — new insulin initiation, increase in the number of glucose-lowering medication classes, incidence of five or more measurements with blood glucose greater than or equal to 200 milligrams per deciliter, or a new diagnosis of ketoacidosis or uncontrolled diabetes — was significantly higher among statin users.

“Patients on high-intensity statins and who were otherwise healthy had the highest risk of diabetes progression,” said lead author Dr. Ishak A. Mansi, of the University of Texas Southwestern Medical Center and the VA North Texas Health Care System.

What was known about statin-diabetes link

The link between increased insulin resistance and statins, which help to lower cholesterol and prevent heart attacks, is well-documented. It’s substantial enough, the Mayo Clinic has observed, that the Food and Drug Administration (FDA) has issued a warning on statin labels regarding blood glucose levels and diabetes.

A meta-analysis of 13 studies published by The Lancet in 2010, for example, revealed that statin therapy was associated with a 9% increased risk for incident diabetes.

But until recently, the clinical impact of statins’ metabolic effect in patients with diabetes wasn’t widely known outside of academic circles, or discussed with patients.

While no single study should change practice, “this study should alert [guideline] writers and policymakers that more studies are needed,” says Mansi.

Notably, the findings are particularly relevant to Veterans: More than 30 million Americans have diabetes, according to the Centers for Disease Control and Prevention (CDC), and about a quarter of VA patients have the disease, including some who may have developed it as a result of exposure to Agent Orange in Vietnam.

The case for further research

Mansi said he hopes the study will inspire public and private organizations to dedicate funding to research about unintended adverse effects of commonly used medications.

“Whereas investigating beneficial effects of drugs is funded by manufacturers—and we are grateful for them for doing that—there is no dedicated funding mechanism for a study like our study,” says Mansi.

Also, based on this study’s findings, Mansi said he hopes additional studies will uncover more information about both the benefits and harms of statins in patients with diabetes.

“We know well about the benefits, but the harms are much less investigated despite [the fact] that statins have been in use for more than 30 years,” says Mansi.

“Specifically, researchers should look at, what are the population characteristics that may benefit less from use of statins for primary prevention or get more harm? These types of studies should be prioritized since diabetes is very common in the United States and the world. Hence, answering these questions [could] impact hundreds of millions of patients and cannot be postponed.”