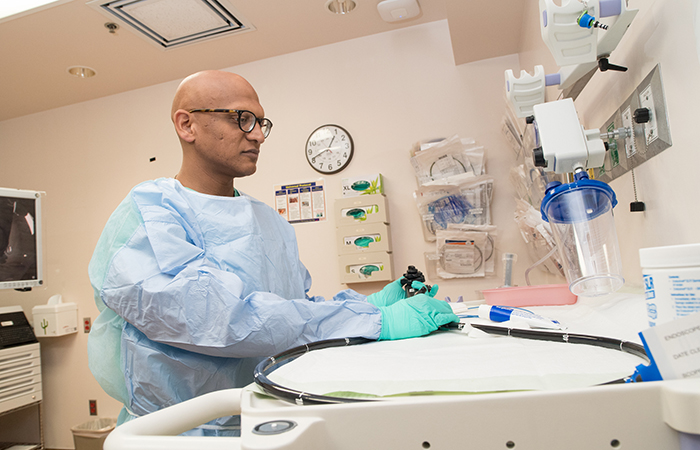 "We don't yet understand completely how metformin reduces cancer risk."

A new study finds that the oral diabetes drug metformin is linked to lower odds of colorectal cancer, particularly rectal cancer, in a large sample of VA patients with diabetes who had a colonoscopy.

The findings appeared online in the journal Clinical and Translational Gastroenterology in November 2019.

Using VA’s electronic health record, the researchers performed a study of Veterans with diabetes who underwent a colonoscopy between 1999 and 2014. More than 6,600 of the Veterans had colorectal cancer—which is also known as colon cancer or bowel cancer—and  more than 450,000 were normal colonoscopy controls. Those with colorectal cancer were older and had lower metformin exposure based on documented prescriptions for the drug.

The researchers found that metformin was tied to an 8% decline in colon cancer risk. When evaluated by anatomic site, or the major groupings of colon cancer, the research team found a 14% drop in rectal cancer odds, but no reduction in the chances of distal cancer or proximal cancer, emphasizing the importance of conducting anatomic site-specific analyses. 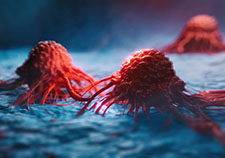 Dr. Samir Gupta, the chief of gastroenterology at the VA San Diego Healthcare System, led the study. He found it “intriguing” that the risk was lower for rectal cancer, but not for distal or proximal cancer. “The risk may differ because the processes by which rectal cancers develop may be different than in the colon,” he says. “Metformin may have a different effect depending on the process that is driving cancer development.”

Prior clinical studies have shown that metformin may be tied to reduced colon cancer risk. But findings from those studies have been “inconsistent and had insufficient sample sizes to examine whether the association differs by anatomic site,” notes Gupta, who is also a professor at the University of California in San Diego.

An analysis of 15 studies on colorectal cancer incidence found that metformin was associated with a 10% drop in colon cancer among patients with diabetes. Of the studies included, five found a significant protective effect of metformin on colon cancer risk. But the other 10 showed no major effect.

“Unique aspects of our study include a very large sample of diabetics at risk and a rigorous case finding of colorectal cancer cases in the electronic health record,” Gupta says. “Also, our sample size was large enough to be able to look at whether any reduced risk differed based on location of cancers in the rectum. This was important, because the causes and pathways to cancer development may differ based on location in the bowel.”

He explains that taken together with prior clinical and pre-clinical studies, the research supports consideration of metformin for further studies as a chemopreventive agent to reduce risk for colorectal cancer, particularly rectal cancer. Chemopreventive agents are drugs that help prevent a condition such as cancer from developing.

“More studies are needed that may drive our knowledge of patients who are most likely to benefit from metformin exposure, and the extent to which risk reduction differs by bowel location,” Gupta says. “We don’t yet understand completely how metformin reduces cancer risk.”

Metformin (commercial names Fortamet, Glucophage, Glumetza, Riomet) is often used together with diet and exercise to help control blood sugar levels in adults with type 2 diabetes, one of the three major types of the illness. At least 90 percent of adults with diabetes have type 2 diabetes.

Lab studies, including some with animals, have suggested that metformin suppresses some of the processes that can lead to cancer. But Gupta and his team voice caution regarding those findings: “Although these findings at the bench were found to be robust, questions [surfaced as to] whether the anticancer activity emerged at levels higher than those that are—or could ever be—achieved in humans.”

Colon cancer is the second-leading cause of cancer deaths in the United States and the third-most common cancer diagnosed in men and women, excluding skin cancers. It’s also one of the most preventable forms of cancer. Incidence and death related to colon cancer can be greatly reduced by the detection and removal of pre-cancerous polyps and the cancer through screening tests, such as a colonoscopy.

Gupta’s study relied on VA funding for the VA Colonoscopy Collaborative, which he is leading. The initiative provides a framework for promoting epidemiological research and quality improvement. The ultimate goal is to optimize the effectiveness of colonoscopies in VA and improve Veteran health. In 2018, the collaborative published initial data based on a review of the electronic health record from 1999 to 2014. The researchers estimated that 2.6 percent of the Veterans had a diagnosis of colorectal cancer in their initial colonoscopy, and that an additional 1 percent were diagnosed on follow-up.

Gupta notes that past studies have tested metformin to lower colorectal cancer risk in patients without diabetes. In one study, patients with colon polyps were randomly assigned to get metformin or a sugar pill. Those who took metformin had a much lower risk of developing precancerous polyps on follow up, compared with those who were given the sugar pill, the researchers found.

More studies like that one are needed, he says.