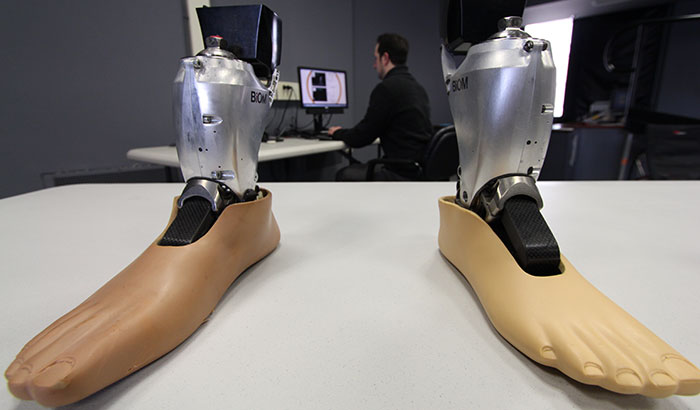 In 2007, researchers affiliated with VA, MIT, and Brown University introduced a "powered ankle-foot prosthesis," which uses tendon-like springs and an electric motor to move users forward. The prosthesis is the same size and weight as a human ankle. It is able to deliver high mechanical power and torque, similar to normal human walking. Microprocessors and environmental sensors in the device adjust ankle stiffness, power, position, and dampening as the user walks.

The device, previously sold as the BiOM ankle and now known as the Empower Ankle-Foot Prosthesis, manufactured by Otto Bock, is available for Veterans using VA care and active-duty service members. VA purchased more than 300 of the devices for Veterans from 2015 through 2018. Overall, about half the people using the device are estimated to be Veterans or service members.