ORD Home » Research_in_action  » The invention of the cardiac pacemaker

The invention of the cardiac pacemaker 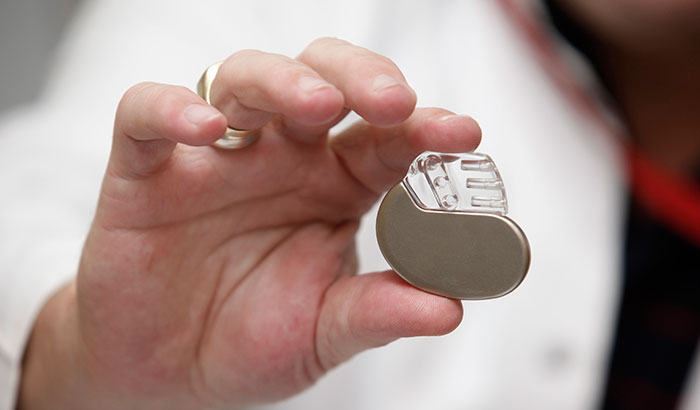 In 1958, Dr. William Chardack of the Buffalo VA hospital (now the Buffalo VA Medical Center) teamed up with engineer Wilson Greatbatch and Dr. Andrew Gage to implant an electrode in a dog attached to a pulse generator. They worked for the next two years to refine their design of a unit that could be implanted in the body and would maintain the same pulse rhythm for long periods of time.

Greatbatch W. The making of the pacemaker. Prometheus Books. 2000.