Nearly 14 percent of Veterans reported suicidal thinking at one or both phases of a two-year VA study. (Photo: ©iStock/furtaev)

Nearly 14 percent of Veterans reported suicidal thinking at one or both phases of a two-year VA study. (Photo: ©iStock/furtaev)

Nearly 14 percent of Veterans reported suicidal thinking at one or both phases of a two-year VA study.

The study, now online, is slated for publication in the June 2016 issue of the Journal of Affective Disorders.

The finding is based on a nationally representative sample of more than 2,000 U.S. Veterans who were surveyed twice as part of the National Health and Resilience in Veterans Study, led by Dr. Robert Pietrzak of the Clinical Neurosciences Division of VA's National Center for PTSD. The first wave was conducted in 2011, the second in 2013.

Each time, the Veterans were asked whether they had experienced suicidal thoughts in the past two weeks. They answered a host of other questions as well, enabling the researchers to glean insights about factors associated with suicidal thinking.

"The results highlight how suicidal ideation can come and go, at least within the span of a couple of years."

Combined, 13.7 percent of the total sample reported suicidal thinking at either or both time points.

It's difficult to compare this prevalence rate to that of U.S. adults in general. Studies on suicide vary widely in their methods—for example, how questions are worded, and the time frames they cover. And studies often focus on particular age brackets or other subgroups.

One general reference point might be a study by the Centers for Disease Control and Prevention, published in 2011, in which 3.7 percent of U.S. adults reported having suicidal thoughts in the past year. By that yardstick, the rates in the new study are high. 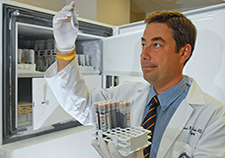 That would fit with some other research showing that a greater proportion of Veterans experience suicidal thinking—as well as attempts, and deaths by suicide—relative to the general population. One oft-cited VA study found that Veterans, while making up only about 13 percent of U.S .adults, account for about 22 percent of suicides. Another study, from 2007, found that compared to civilians, Veterans were twice as likely to die by suicide.

In any case, the new results offer some fresh insights.

For one, they highlight how suicidal ideation can come and go, at least within the span of a couple of years. This somewhat challenges past findings that suggest that suicidal thinking tends to be a longer-term problem.

"Our results...highlight the dynamic nature of [suicidal ideation]," write the researchers, "as evidenced by the meaningful proportion of U.S. veterans reporting changes in suicidal ideation over time."

That underscores the need for ongoing periodic monitoring—not just a one-time screening, say the investigators.

Among those Veterans who reported suicidal thinking only at wave 2, 65 percent had never engaged in any mental health treatment. The researchers say this is another finding that points to the need for more outreach.

The role of social connectedness

Social connectedness—widely seen as a major buffer against suicide risk—emerged in the study as a factor associated with the remission of suicidal thinking. By the same token, Veterans who reported less social support at wave 1 were also more likely to report the onset of suicidal thinking at wave 2.

However, for many of the Veterans reporting chronic suicidal thinking, social support did not appear to help that much. The researchers say that for these Veterans, addressing psychiatric and physical health, and substance use problems, may be more critical.

The research team points to several limitations in their study. For one, it covered only a two-year period, so the researchers can't draw conclusions about the longer-term course of suicidal thinking. Also, a third of the sample who responded to wave 1 did not complete the wave 2 survey. If those who dropped out were in fact more likely to be troubled by suicidal thinking than those who stayed with the study, that could mean the prevalence of suicidal thinking was underestimated.

Another limitation was that the survey did not ask about certain factors that could add to the understanding of what drives suicidal thinking, such as financial and interpersonal stress.

Overall, the researchers say the findings highlight the importance of addressing mental and physical health problems, and bolstering sources of social support, to help prevent suicidal thinking—and to promote its remission—in Veterans.

Lead author on the study was Dr. Noelle Smith, who was with the VA Connecticut Healthcare System, National Center for PTSD, and Yale School of Medicine when the research was conducted. She is now with the James A. Haley Veterans' Hospital and the University of South Florida's Morsani College of Medicine in Tampa. She collaborated with colleagues from VA, Yale, and the University of Colorado. The National Health and Resilience in Veterans Study is funded by VA's National Center for PTSD.