Over the last 20 years, more than 430,000 service members and Veterans worldwide experienced a TBI. (Photo for illustrative purposes only. @iStock Katarzyna Bialasiewicz.)

"Any disparities that are identified through research may point to needed changes in the health care system."

Researchers with VA, DOD, and other research institutions examined the effects of race and ethnicity on community participation in service members and Veterans with traumatic brain injury. The 2021 study was published in the Journal of Head Trauma and Rehabilitation. 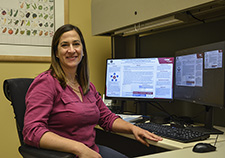 The single area of disparity found in the study was for Hispanic service members and Veterans with TBI. They reported more frequent outings and more community-based activities compared to white service members and Veterans. The researchers suggested this may be due to the extended family network of many Hispanic participants, which may have allowed them to get out of the house more often.

More individuals are surviving these types of injuries due to advances in battlefield medicine. However, they are living with the long-term consequences of their injuries. One such effect is a decrease in community participation, a domain that includes independence, family and social relationships, and employment.

"Given the differences between military and non-military individuals with TBI and the resources available to service members and Veterans, we wanted to find out if Veterans would demonstrate similar differences in community participation," said Dr. Jacob Finn. He is a staff psychologist and investigator with the Minneapolis VA Health Care System.

Finn, who is a principle investigator with the VA Polytrauma Rehabilitation Center in Minneapolis, noted that participation outcomes include highly valued activities such as work, schooling, and friendships.

The team looked at 1,273 individuals with TBI who were enrolled in the VA Traumatic Brain Injury Model Systems (TBIMS) database between November 2009 and October 2017. The final sample included 342 participants who had completed follow-up surveys and who lived in the community one year post-injury. Participants were on average 38.6 years old, male, and had experienced moderate to severe TBI due to vehicular collisions (automobile, bicycle, ATV, or motorcycle)—injuries which can be comparable to battlefield TBIs.

The researchers identified three racial and ethnic groups among study participants—white, Black, and Hispanic. At the time of the study, other minority groups, like Native Americans, were not present in large enough numbers to analyze.

The researchers analyzed community participation using an assessment that gauges participation across three domains: productivity, social relations, and activity in the community. Their findings were in contrast to previous studies in non-VA settings that found greater racial and ethnic disparities between non-military individuals with TBI.

The team suggested that these newer findings may be, in part, due to demographic differences between VA and non-VA patients, like higher education levels. The study authors also said minority groups likely benefitted from being part of a military community, which provides a strong support system.

Finn said there is still much work to be done for service members and Veterans with TBI. Because the military is becoming increasingly diverse, he said it is imperative that VA ensure the best outcomes for all service members and Veterans. "Any disparities that are identified through research may point to needed changes in the health care system and its programming," he added. "Further examination of the unique aspects of military TBI populations, as well as the cultural experiences and features of racial and ethnic groups—such as experiences of prejudice—could be fruitful."