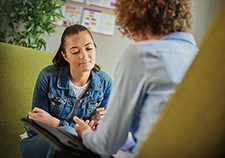 The World Health Organization's brief intervention and contact program was linked to "significantly lower odds of suicide" in a VA review of data from clinical trials around the world. (Photo for illustrative purposes only. ©iStock/sturti)

The World Health Organization's brief intervention and contact program was linked to "significantly lower odds of suicide" in a VA review of data from clinical trials around the world. (Photo for illustrative purposes only. ©iStock/sturti)

The World Health Organization (WHO), a United Nations body, has a goal to make suicide prevention a top priority on the global public health agenda. Each year, more than 800,000 people around the world die by suicide, and many more try to take their own lives, according to the WHO.

WHO member states have committed themselves to work toward a global target of reducing the suicide rate in countries by 10 percent by 2020. The organization has stressed the need to identify interventions with the proven ability to prevent death by suicide and pursues programs aimed at curbing suicide.

VA researchers assessed the efficacy of a series of suicide prevention methods used around the world by reviewing randomized controlled trials. In their meta-analysis—a type of review study that combines data from past studies—they homed in on one WHO program, describing it as a "promising suicide prevention strategy." No other intervention showed a "statistically significant" effect in reducing death by suicide, they concluded.

Their review, published in April 2017 in The British Journal of Psychiatry, says three past trials found the WHO's brief intervention and contact (BIC) program to be linked to "significantly lower odds of suicide," specifically 80 percent less than the control group. The program targets people who go to an emergency room following a suicide attempt and involves a one-hour educational session and regular contact with a health care professional after they are discharged.

"VA does have processes in place to ensure that patients who are discharged from an inpatient mental health unit receive timely follow-up."

The researchers indicate that six trials apiece on two other suicide prevention strategies, cognitive behavioral therapy (CBT) and the drug lithium, showed fewer deaths by suicide among the intervention groups than the controls. But the differences were "not statistically significant."

Cognitive behavioral therapy is a short-term, low-risk psychotherapy that aims to change negative patterns of thinking or behavior that underlie people's difficulties, and to improve the way they feel by challenging unhelpful thinking patterns. Lithium is used to treat psychiatric illnesses such as bipolar disorder or manic depression. Based on positive evidence from past research, VA is doing a large trial to test lithium for suicide prevention that is scheduled to run through 2019.

The lead researcher on the review, Dr. Natalie Riblet, a psychiatrist at the White River Junction VA Medical Center in Vermont, cautions about the adaptability of the BIC program, which is not used in the VA system.

"Available results of the BIC trials may not be generalizable since the BIC program was only conducted in low- and middle-income countries," she says. "Our review suggests the program should be studied in high-income countries such as the United States and specifically in the Veteran population."

Death by suicide is an alarming problem in the Veteran community. Of the more than 40,000 suicides in the United States each year, about 20 percent are Veterans. Also, research suggests that 20 Veterans die by suicide each day, putting former service members at even greater risk than the general public. 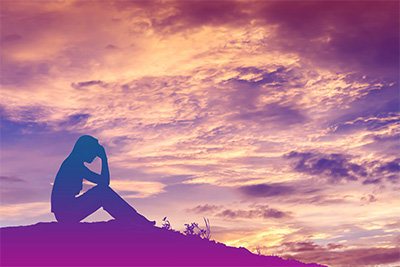 "VA does have processes in place to ensure that patients who are discharged from an inpatient mental health unit receive timely follow-up," Riblet says. "Patients on the high-risk-for-suicide list also receive enhanced care after discharge."

VA/DoD clinical practice guidelines recommend a follow-up within seven days of discharge from hospitals and emergency rooms for patients who remain at high risk of suicide. The guidelines say the patients and family members should receive suicide prevention information, such as a crisis hotline telephone number, as well as treatment plans for psychiatric conditions and for suicide prevention therapies.

The BIC program was tested in low- to middle-income countries as part of the WHO Multisite Intervention Study on Suicidal Behaviors (SUPRE-MISS), which was launched in 2002 to reduce morbidity and mortality tied to suicidal behaviors â€“ both attempted suicide and death by suicide.

Riblet's study describes BIC as a "complex psychosocial intervention." Core elements of the program include a one-hour educational session about suicide risk before discharge from an inpatient setting or emergency room following a suicide attempt, as well as a structured follow-up by telephone or in person to help motivate patients to stay engaged in outpatient care.

In the one-hour session, the patient meets with a health care provider and receives education about his or her suicide risk. Patients are also encouraged to take part in post-discharge care. They are then followed at regular intervals for 18 months. At each of these face-to-face visits, a health professional checks in to see how the patient is doing and helps that person connect with mental health resources.

According to Riblet, BIC is not psychotherapy like CBT. She says the U.N. program is designed more to educate people at risk for suicide about steps involved in suicide prevention and may address psychological and social factors that contribute to risk for suicide. Health professionals often coach and motivate those at risk to engage in specific treatments that address their mental health symptoms, such as psychotherapy and drugs.

In the review, the researchers searched worldwide medical databases for trials comparing suicide prevention strategies with control. They evaluated death by suicide as the primary outcome and found 67 randomized controlled trials of suicide prevention interventions that met the criteria.

VA's Office for Suicide Prevention, which reviewed the research, points to certain methodological challenges that arise in analyses such as the one conducted by Riblet's group. It recommends further research on the BIC program and its potential usefulness within the VA setting.

Riblet acknowledges there are limitations to studying an event such as suicide in the context of a randomized controlled trial. The researchers found there was insufficient data, such as limited numbers of trials or small sample sizes, to draw definitive conclusions about the effectiveness of many of the interventions, she explains.

Still, the VA psychiatrist is confident the review highlights specific strategies to prevent suicide that may require further research. Although the results for CBT and lithium weren't statistically significant, she's not ruling out their potential as a means of preventing suicide. She asserts that these approaches, like the BIC, warrant further study.