Probing the roots and results of obesity bias in health care 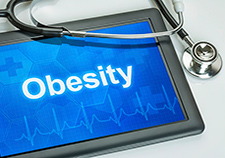 Researchers with VA and other institutions are studying the health care experiences of overweight and obese people, including the extent to which they face bias, stigma, and discrimination. (©iStock/Zerbor)

Researchers with VA and other institutions are studying the health care experiences of overweight and obese people, including the extent to which they face bias, stigma, and discrimination. (©iStock/Zerbor)

"You could walk in with an ax sticking out of your head and they would tell you your head hurt because you're fat."

Health care policy advocate Ted Kyle, who blogs at conscienhealth.org, cites this remark, posted as a comment to a New York Times story, as emblematic of the feelings of many overweight people.

Kyle says many such patients feel judged by their physicians. They believe their doctors see them as lazy, undisciplined—and totally responsible for their own weight gain. All other health issues become somehow tied to their extra weight. One unfortunate result of this dynamic is that if these patients fail to shed pounds per the doctor's expectations—and admonitions—they may just stay home when it's time for their next check-up, rather than deal with the feelings of shame.

What does it mean to be an overweight or obese patient in today's health care system? And what does the future hold, in terms of doctors' attitudes toward obesity?

Considering that a majority of Americans are overweight, these questions have gotten surprisingly little attention in the medical literature, says obesity-stigma expert Dr. Sean Phelan.

"The whole area of weight bias has been under-studied. Compared to other characteristics that are stigmatized and that may lead to health disparities, there's been so little research in this area."

Phelan, today a Mayo Clinic researcher, did a pre-doctoral fellowship in VA's Center for Chronic Disease Outcomes Research (CCDOR), based in Minneapolis. He continues to collaborate with VA researchers, including CCDOR's Dr. Diana Burgess. Their work is helping to fill the void in the literature—and raise awareness of the issue among health care providers.

A unique type of bias

One reason for the gap, says Phelan, is that obesity bias isn't thought of the same way as are other types of bias.

"It's unique in that it's so openly stigmatized," says Phelan. "When it comes to, say, racial bias, that tends to be unconscious. People are often not aware they are showing a racial bias, or that certain attitudes might be influencing what they do. And they don't feel good about it if they become aware of their bias. But with obesity, it's often very explicit. Providers can be open about the fact that they dislike providing care for obese patients."

Phelan adds: "There's a sort of instant emotional reaction. There can be a disgust reaction that you don't get with other types of bias."

It has mainly to do with what researchers call "attribution theory," says Phelan.

"If you're seen as responsible for bringing it on yourself, the public reaction can be stronger. Obesity is seen as a controllable issue—the result of low will power, weakness. It can be easily blamed on the person."

In truth, obesity has many drivers, including genetics. It's multifactorial—far more than just the choice to eat junk food, or too much food. But it's not uncommon to find doctors who insist otherwise, and who make no secret of their views to their overweight patients.

"Obesity is a choice. I don't care what Oprah, Suzanne Summers and Tom Cruise say.... Genetic obesity is probably true in about 5 percent of patients. I am not talking about people that are 10, 20, or 30 pounds overweight. Between 20 pounds overweight and 80 pounds overweight was 60 pounds of fast food, French fries, and burgers. Nobody force fed these people a bad diet."

Phelan says he's heard these types of comments far too often. "I've talked with colleagues who have the attitude, well, maybe that's just what [obese patients] need to hear to turn their lives around."

What's going on at medical schools?

Some of the studies by Phelan, Burgess, and others have tried to get at the roots of these attitudes on the part of medical professionals. Does it start with their education? Thanks to curious researchers, what happens in medical school doesn't stay in medical school. It ends up on the pages of journals, and occasionally in the headlines. In 2013, covering a study out of Wake Forest Baptist Medical Center, one media outlet blared, "Many medical students have anti-fat bias." Phelan's group has published studies that further explore this phenomenon, and the reasons for it.

Phelan's team also examined what more than 1,200 fourth-year medical students believed about the causes of obesity. Only about a quarter of the survey respondents were in synch with the notion—backed by the latest science—that obesity results from a complex mix of physiological, mental, social, and environmental factors. Others were more likely to cite either behavioral and social factors, or physiological factors like genetic or hormonal problems, but not both areas. And nearly a quarter seemed focused only on overeating and lack of physical activity.

Burgess says the findings reflect a yawning gap in the curriculum. "There's little time in medical education given to issues around weight, weight loss, and counseling. Physicians are under-trained and unprepared to address this comprehensively."

Obesity as a 'disease'

The researchers have mixed views on the American Medical Association's 2013 decision that obesity should be considered a "disease" in its own right.

Phelan: "For some people it was a win, because it meant potentially more resources would be available for treating obesity. And to the extent it can shift providers' attitudes away from blaming people, toward recognizing that it's a condition caused by many factors [including underlying physiological factors], that it's not something you did to yourself because you're lazy, that can be positive."

On the downside, he says, "If we take the approach of the Health at Every Size movement, we would say that obesity is part of the diversity of humans here on earth, and it's no more a disease than someone's race or gender."

Burgess agrees that if the "disease" categorization can help shift people's attention toward some of the less-talked-about determinants of obesity, such as lack of access to healthy food, then it's a good thing.

"If you're stuck on the individual blame piece," she says, "you're not looking at the social factors and the policy changes that would address those factors."

Meanwhile, though, the blame-and-shame factor is a real and present danger—emotionally speaking—for obese patients, and that can translate into worse health outcomes.

"There are a few studies that have found that people delay certain cancer screenings because they are embarrassed about their size," notes Phelan. "And in one study, the main reason obese women gave for not following up with their providers was that they were embarrassed that they hadn't lost weight when they had been told to."

Moreover, the stress of obesity bias and stigma and lead people to... eat more and put on weight.

Phelan acknowledges that doctors can't get around talking to patients about their weight. Nor is he advocating that they try. What he does push for is a less judgmental, more affirming way of doing it. One that doesn't hurt doctor-patient rapport.

"One of our standards of quality care is to address weight. We can't avoid it. But we can try to make it clear that the relationship is not contingent on this."

He advises providers: Make it about feeling good, not about the number on the scale. Nuances in how doctors communicate their advice make a huge difference.

Phelan tells of a TV commercial for a health insurance company that he thought did a good job of capturing this more positive, uplifting approach.

"It showed a guy who was dancing everywhere he went. There didn't seem to be a hidden message about weight. It was just this person who, everywhere he went, he was moving. That's a really positive message. If it's all about weight loss, that's not good. But if it's more about healthy living, getting out there and doing things for a hundred different reasons, that's more positive."

Another solution? The researchers argue that clinics should upgrade their equipment and procedures to avoid stigmatizing heavier patients. They should have chairs, gowns, blood pressure cuffs, and scales that accommodate patients of all sizes. "That's a strong signal, right off the bat, that you're welcome, you belong here," says Phelan.

For that matter, he adds, practices would do well to skip the customary weigh-in when it's not relevant.

"Weight is an important indicator," says Phelan, "but if you're presenting with a rash, say, or a sinus infection, do you really have to be weighed that visit?"

Phelan says he would like to do a study in which he randomizes overweight patients to be weighed either at the beginning or the end of a primary care visit, to see how that factor affects their communication with the provider.

Despite research by his group and others, changes in provider attitudes and clinic routines may be slow in coming, concedes Phelan. But he believes they are inevitable.

"Two-thirds of the population is overweight or obese. So at some point, just out of sheer necessity, it seems like it should happen, just so practices can be prepared for the majority of patients who walk through the door."

The following are among the recent studies on which Drs. Sean Phelan and Diana Burgess have collaborated. Some of the work has used data from the Medical Student Cognitive Habits and Growth Evaluation Study (CHANGES), a long-term study of medical students that is led by Dr. Michelle van Ryn of the Mayo Clinic.