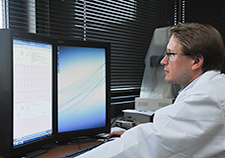 
New research finds that elderly Veterans are at much higher risk for dementia when they have a history of bacterial infections outside the central nervous system, or the brain and spinal cord.

A VA-funded study, published online on Sept. 10, 2016, in Alzheimer's & Dementia: Diagnosis, Assessment & Disease Monitoring, says Veterans have a 20 percent greater chance of getting dementia when the risks from septicemia, bacteremia, osteomyelitis, pneumonia, cellulitis, and urinary tract infections are averaged together.

Exposure to septicemia, an infection in the blood, carries the greatest added risk at 39 percent, followed by bacteremia (22), osteomyelitis (20), cellulitis (14), urinary tract infections (13), and pneumonia (10). The risk from septic arthritis, the seventh infection looked at in relation to dementia, is negligible.

"Your hazard ratio for...dementia was higher if you had one of these infections."

The researchers focused on those infections outside the central nervous system that are systemic or tend to be severe, and for which there existed some prior evidence suggesting an association with dementia. The team did not investigate brain- or spinal-cord-related infections. Viruses of the central nervous system, including meningitis, HIV and Creutzfeldt-Jakob disease, are known to cause dementia.

Abrams says he knows of no scientific data that pinpoint whether the risk is higher for Veterans compared with the general population, in terms of such infections and dementia risk. His intuition tells him, however, that due to underlying factors, Vets may be at greater risk for bacterial infections that could trigger dementia because of their health burden as they age. They tend to have worse chronic diseases than the general population, a trend often related to their military experience, he says. 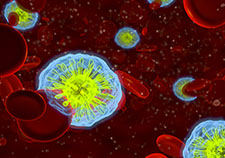 Septicemia, an infection of the blood, is one of several types of bacterial infections outside the central nervous system that can lead to a higher risk for dementia, according to a VA study. (Photo: ©iStock/David Marchal)

Septicemia, an infection of the blood, is one of several types of bacterial infections outside the central nervous system that can lead to a higher risk for dementia, according to a VA study. (Photo: ©iStock/David Marchal)


"It's pretty well accepted that Vets have higher levels of comorbidities as they age," he says. "In many cases, some of the demographics associated with going into the service also play a role.

Particularly in Vietnam and Korea, alcohol and tobacco were rationed to service members. Older Veterans tend to have higher risks for use of these substances, which are linked to various illnesses."

As the Veteran population ages, VA has been investing more resources into diagnosing and treating dementia, a decline in memory, thinking, judgement, and learning ability. VA projects about 218,000 Veterans will be diagnosed with the degenerative condition in 2017 compared with 40,000 in 2008. Alzheimer's disease is the leading cause of dementia among people 65 and older.

Abrams points out there have been previous reports of a link between infections and dementia, such as a 2014 study on elderly patients hospitalized with infections. His group's new study is the most comprehensive yet in terms of duration, the size of the Veteran population covered, and the number of bacterial infections that were included, he notes. 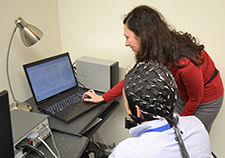 The researchers looked at data only in a limited time frame and didn't address infections that may have been incurred decades prior to the start of the study period. It is thus unclear whether becoming infected at age 25 or 30, for example, impacted dementia onset much later in life.

Examining VHA national databases, the researchers aimed to restrict the sample to regular users of the VHA system, singling out Veterans who had visited VA facilities at least twice within a two-year period.

"That's an important step that tells us that these were not new people coming into the VA because of an acutely emerging medical condition, which can be a reason to come to VA hospitals," Abrams says. "So we knew that they were enrolled and engaging in services."

The scientists then determined if the participants had at least one of the seven severe bacterial infections included in the study and tracked the Veterans during a nine-year follow-up period to learn if they'd developed dementia.

In comparing the Vets who had one of the seven infections with those who didn't, the researchers calculated a "hazard ratio," or the percentage difference in the risk of developing dementia in association with one of the infections.

"Your hazard ratio for going on to develop dementia was higher if you had one of these infections," Abrams says.

Twenty-one percent of the participants were diagnosed with at least one bacterial infection during the study period, putting them at "significantly increased risk" (50 percent higher risk) for dementia. This risk remained significant (20 percent higher, on average) once the researchers controlled for most of the chronic diseases associated with dementia, including hypertension, diabetes, and depression, as well as factors such as alcohol, tobacco, and drug use.

More than 6 percent of the Veterans developed dementia during the follow-up period, with many found to have Alzheimer's disease.

Abrams says there is no magic answer to preventing bacterial infections. As people age, they should focus on staying active, exercising, and eating healthy, as well as taking vitamins and antioxidants, he says. These steps can help ward off infections, and they are also believed to help prevent Alzheimer's and other forms of dementia.

Abrams adds: "There's even been a lot of attention paid to doing skills that promote learning new tasks, a new instrument, a new language, things that challenge us mentally. This is an area that obviously needs more research and where primary care physicians should be on the lookout for signs and symptoms of cognitive decline especially in aging people with a history of non-central nervous system infections."