"We certainly found it surprising that surgeries usually considered low-stress and low-risk had such high risk of mortality for frail patients."

A VA-funded study has shown that frail surgery patients may be at higher risk than previously thought. Mortality rates were high for frail patients even after surgeries normally considered low-risk. This led the researchers to conclude that “there are no ‘low-risk’ procedures among frail patients.”

Dr. Myrick C. Shinall, Jr. of the Vanderbilt University Medical Center, first author on the paper, explains that the findings change the view of which surgeries are considered dangerous. “We certainly found it surprising that surgeries usually considered low-stress and low-risk had such high risk of mortality for frail patients,” he said in a phone interview. “We think other surgeons will also be surprised by the results.”

Frailty refers to overall physical weakness. It is common in older adults. Frail patients have lowered resilience, energy, and ability to cope with stress. They show physical signs such as weakness and slowed activity.

As Shinall explains, the root cause of frailty is not completely known. Age is certainly a part of it, but not all people of a certain age become frail. Other co-occurring health problems, such as cardiovascular disease, play a part in patients becoming frail. Physical fitness also seems to protect against frailty to some extent.

Most past research focused on high-risk procedures

While frailty is a well-known surgery concern, most research on frail patients has focused on high-risk surgeries. A surgery is usually considered high-risk when the post-surgery mortality rate is above 1%.

To test frailty’s impact on surgeries generally considered less risky, the researchers looked at data on more than 400,000 Veterans who had non-cardiac surgeries within the VA health care system. Out of this group, 8.5% were considered frail and 2.1% were very frail, based on a measure called the Risk Analysis Index (RAI). 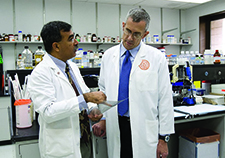 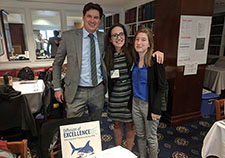 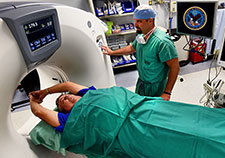 Patients were grouped based on what type of surgery they had. Low-risk surgeries included hernia surgery, appendectomy, and cyst removal. Surgeries such as amputation; arterial plaque removal; and knee, shoulder, or hip replacement were considered moderate-risk. High-risk procedures were mostly open surgeries on the aorta, lungs, liver or pancreas.

Frailty screening recommend before any surgery

Frailty rating remained a significant predictor of mortality regardless of the number of complications a patient had.

The results show that frailty adds significant risk to surgery, say the researchers, even when the surgery is considered minor.

Surgeons often do not consider whether patients can endure the stress of surgery for low-risk procedures, according to the researchers. Based on the results, the researchers recommend that patients be assessed using the RAI before any type of surgical procedure. If frailty is shown to be a risk, they say, surgeons could focus on pre-operative interventions to address it.

Assessing frailty could also help doctors and patients decide whether surgery is the best treatment option. As the researchers write in their report, “Even minor operations are high-risk for frail patients; surgeons and referring physicians should consider if the potential benefits of surgery warrant the increased risk.”

Dr. Daniel Hall, the corresponding author on the paper, is leading efforts to spread preoperative frailty screening in VA. The practice has been implemented in several VA medical centers already. Hall, a researcher at the VA Pittsburgh Healthcare System and the University of Pittsburgh, recently took part in a “Shark Tank” event held by VA’s Diffusion of Excellence program. The VHA Shark Tank Competition offers VA employees the opportunities to share practices that address clinical and operational priorities to improve the Veteran care experience. Through the competition, Hall received bids to implement the frailty screening at several more VA sites, earning Hall’s practice the honor of “Gold Status.”

The study was funded by VA Health Services Research and Development.