Insights into 'beautiful minds': The secrets of occupational high achievers with schizophrenia 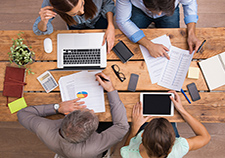 People with schizophrenia who have been able to function well occupationally shared their strategies in interviews with VA researchers. (Photo: ©iStock/Ridofranz)

People with schizophrenia who have been able to function well occupationally shared their strategies in interviews with VA researchers. (Photo: ©iStock/Ridofranz)


The 2001 Oscar-winning film "A Beautiful Mind" told the moving true story of a math professor and Nobel laureate, John Nash, who struggled with schizophrenia.

In fact, high levels of professional achievement among those with schizophrenia are rare. The disease can be severely disabling. About 8 in 10 people with schizophrenia or other serious mental illnesses are unemployed, and those who are able to hold down a job often face a daily battle to manage their symptoms.

But what about those who do succeed in the workplace, or in higher education? How do they do it?

A recent study sought to find out. A research team in Los Angeles, led by VA psychologist and health services researcher Dr. Amy Cohen, interviewed 10 men and 10 women with schizophrenia.

All met the definition of occupational success used in the study: relatively steady employment in a professional, managerial, or technical role, or status as a full-time student or responsible caregiver at home for children or elders—all roles that demand a level of daily function beyond what most people with the disease can sustain.

"The bulk of treatments for schizophrenia were developed from observations of individuals who are quite ill or hospitalized, rather than patients who have achieved a level of recovery."

"It was a small sample but powerful data," says Cohen.

The findings appeared online in Psychiatric Services on Nov. 15, 2016.

"To the best of our knowledge, no previous studies have addressed how individuals with schizophrenia who also met some definition of recovery manage the symptoms of their disease," says Cohen, who is with the VA Desert Pacific Mental Illness Research, Education, and Clinical Center and the VA HSR&D Center for the Study of Healthcare Innovation, Implementation, and Policy.

Gap between education and income

Of those interviewed, 60 percent were currently in a master's program or had completed a master's or even a doctoral degree. Most held a full-time job, although most earned under $50,000. "This finding of the disparity between their education and income was surprising," notes Cohen. When her team analyzed the data, they gained an insight that may help explain the finding: 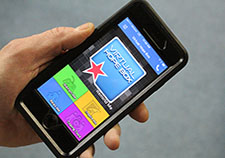 "We noticed that many who had jobs paying lower than expected given their education were employed by smaller, public mental health centers. During the interviews many expressed a strong calling to work in a recovery-oriented mental health setting with the population with which they felt a strong affinity. It was clear they were not working for the money, but rather were driven by an impetus to impact the recovery trajectory for others with serious mental illness. It was inspiring, actually."

As evidence of the serious and ongoing impact of the illness—even for relative high achievers—most of the participants reported being hospitalized in a psychiatric unit at least once, and were currently taking medication for their condition. On average, the group reported a moderate level of hallucinations and delusions in the past week. Many still reported difficulty managing day-to-day life.

Nonetheless, participants reported several strategies, many used in combination, that helped them cope with symptoms and still function occupationally at a very high level. Eight effective strategies emerged in the interviews:

Avoidance—Participants talked about how they learned, over time, to steer clear of behaviors or settings likely to set off symptoms. That included using alcohol or drugs, or being in stressful, chaotic situations. One person told how she avoids watching science fiction, because "if it's gory and bloody I know it'll start my symptoms."

Support—Family, friends, and professional support were key. Some participants talked about getting peer support in therapy groups run by the National Alliance on Mental Illness.

Medication—Some participants came to accept only after much tribulation that they had to stay on their regimen. Others reported lots of challenges finding the right drugs to help their symptoms without overly troublesome side effects. Either way, most participants underscored sticking with their medication as a key to recovery. They emphasized that even if medication didn't erase their symptoms, it boosted their stability.

Cognitive strategies—One participant told how she was able to talk herself through a scenario in which she thought another driver was making negative comments to her: "I think to myself... is this logical. I mean, we both have our windows closed, we're on opposite sides of the freeway... that couldn't be possible." The cognitive strategies interviewees used were either self-taught or learned from professionals.

Environmental control—Participants talked about adjusting their surroundings as needed. Some manipulated things to achieve a quiet, serene setting, while others sought out more sound and activity, to drown out disturbing thoughts and voices.

Spirituality—A few of the men and women told how they found support, comradery, or peaceful solitude through religion or meditation.

Focus on well-being—Exercise, healthy diet, and other wellness practices were among the strategies mentioned. "I started working out... five days a week," reported one person, "and that helped immensely... with symptoms and like everything... my head is so clear."

Employment or education—For a few of the interviewees, going to work or attending school provided a sense of belonging, or offered a distraction from the illness.

Cohen says the patient perspectives provided in the new study are sorely needed in schizophrenia care.

"The bulk of treatments for schizophrenia were developed from observations of individuals who are quite ill or hospitalized, rather than patients who have achieved a level of recovery," she says. "And the prevailing medical model continues to presuppose the expertise of the clinician over the individual with the disorder. This study allows for new insights by leveraging first-hand experiences of those with schizophrenia."

She says she hopes the work will "help to fight mental health stigma, support recovery, provide hope to patients and families, and enhance the treatment of schizophrenia."

She and her coauthors urge providers, patients, family members, and researchers alike to "reflect and expand upon" the menu of coping strategies outlined in the report, in order to "reconceptualize and advance what is possible in mental health recovery."

Along with indirect VA funding, the work was supported by a Greenwall Foundation grant and Larson Research Award.