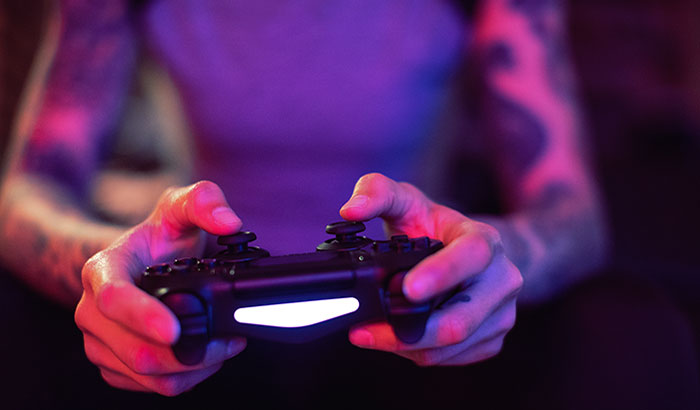 A recent study with a small sample of Veterans found that video games can help in overcoming such problems as PTSD and substance abuse disorders. (Photo: ©iStock/Marco_Piunti)

"I need flashes of light and noise, and 30 billion things going on at once."

A recent study with a small sample of Veterans trying to recover from mental health issues found that video games can help in overcoming such problems as PTSD and substance abuse disorders.

The researchers concluded that although the impact of video games may vary based on the user, clinicians may wish to discuss video game play with their patients to help them “optimize their use of games to support recovery.”

"Gameplay may promote a mindfulness-like psychological [escape] but can also provide users with benefits of confidence, social connection, personal growth, and opportunities for employment or even leadership," the researchers write. "These benefits are accessible to people with disabilities for whom traditional treatments, leisure activities, or social interactions may be challenged by circumstances or limitations. Games could be implemented in large populations very inexpensively, thus acting as potentially very cost- effective recovery supports or mental health treatments."

Some of the participants, the researchers also note, described using video games to “distract from overwhelming symptoms, including suicidal thoughts and drug or alcohol use.”

The study included 20 Veterans—15 men and five women—who ranged in age from 25 to 62. Sixteen of the 20 Vets reported they had PTSD or trauma-related symptoms. Most of the participants said they had more than one current mental or behavioral health diagnosis, with PTSD and depression being the most common combination. Three people had more than one type of trauma, such as combat- or training-related trauma, military sexual trauma, or childhood sexual abuse. 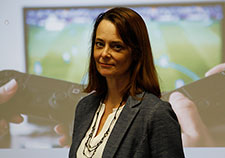 Dr. Michelle Colder Carras, a public health researcher, led the study, which appeared in November 2018 in the journal Social Science & Medicine. With extensive research experience in video game play and in mental health recovery, she interviewed the Veterans on the value of the games. (She’s also played video games and has recovered from her own mental health problem.)

In their journal article describing the results, Colder Carras and the two other VA researchers in the study, Dr. Kurrie Wells and Colleen Gillespie, identified themselves as being affiliated with Veterans Integrated Service Network 4, which includes areas in Pennsylvania and surrounding states. But they didn’t name a specific VA medical center out of concern for the participants’ privacy.

'It gives a really different experience’

In the study, the video game genres included sports, puzzles, gambling, role-player action, fantasy settings, and shooter games. But Colder Carras emphasizes that the genre or specific game isn’t what necessarily helped with recovery. The benefits, she says, stemmed more from the connections the Veterans made with other video game players; the distractions they created for themselves by playing the games and removing their focus, for example, from alcohol or drugs; and the meaning they derived from the games.

“People often try to link specific types of video games with specific outcomes,” says Colder Carras, who at the time was also affiliated with Johns Hopkins University in Baltimore. “We didn’t break down how we looked at games that way.”

“Think of it this way,” she adds. “If you have a sports game, you can be playing it either as members of the same team or competitively. So right off the bat, you have two very different ways that players can experience playing together. If you’re playing a shooter game, you could be playing it against people you don’t know or people you do know or people you’ve just come to know. Each one gives a really different experience.” 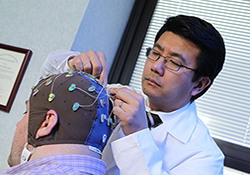 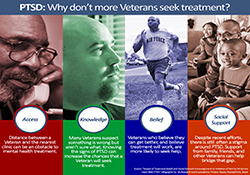 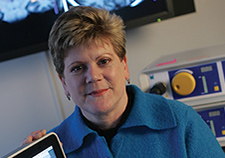 A look ahead to the future of rehabilitation 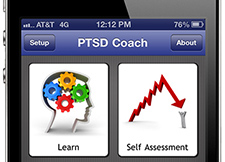 “Meaning derived from game narratives and characters, exciting or calming gameplay, and opportunities to connect, talk, and lead others were credited as benefits of gaming,” the researchers write. “Responses often related closely to military or Veteran experiences. At times, excessive use of games led to life problems or feeling addicted, but some Veterans with disabilities felt the advantages of extreme play outweighed these problems.”

The following is a sampling of responses from the Veterans on how the games benefited them:

One of the questions Colder Carras asked the Veterans in the interview is if they thought shooter games could be bad for them. Ten of the 15 men in the study described a shooter video game as one of their favorites. None of the five women felt the same way.

“It was interesting because many of the participants felt like Veterans with PTSD should not play shooter games,” she says. “But then some Veterans who had PTSD said shooting games helped them. It sounded strange to hear, 'They helped me, but people shouldn’t play them because they trigger flashbacks.’ The other interesting thing is that with video games and especially virtual reality, which is a form of exposure therapy for PTSD, applications are coming out that are meant to simulate battlefield conditions as a form of prolonged exposure therapy.”

With virtual reality, a person is immersed in a computer-generated virtual environment, either through the use of a head-mounted display device or in a room where potentially troubling images are everywhere. The images can help people confront feared situations or locations that may not be safe in real life. The goal is to help reduce their levels of fear and anxiety.

Prolonged exposure (PE) therapy is one of the two main psychotherapies offered by VA to treat Veterans with PTSD, along with cognitive processing therapy (CPT). They are trauma-focused cognitive-behavioral therapies that take different approaches.

CPT teaches one to evaluate the upsetting thoughts that have existed since trauma, with a focus on changing the way you look at yourself and the world. Therapists teach skills that help a person decide whether there are better ways to think about trauma. PE involves people practicing thinking about the traumatic events they’ve been through—at a time everything is fine—to help them realize that those memories are not harmful. Case in point: Being in a crowded area where you can’t see people behind you may bring up anxious feelings, but it doesn’t mean something bad will happen.

“The point of the exposure and response prevention is to deal with the anxious feelings that come up,” Colder Carras says. “You’re reexperiencing the thing that will cause the anxiety, but you’re not reexperiencing the exact condition. That’s the idea behind the therapeutic value of games, or shooting games, or games that simulate a battlefield in that you’re bringing up those anxious feelings possibly again and again to let them start to die down.”

Although this type of exposure therapy happened without professional supervision, Colder Carras notes that many people take part in therapeutic activities independently to improve their mental health. “We get support from others through talking out our problems,” she says. “We also write or create to express discomfort and reframe difficult experiences.” Given that treatments like Bravemind use a virtual reality environment to provide exposure therapy, she says, it stands to reason that research should be done into whether commercially available shooter or battlefield games may be therapeutically useful.

“As a scientist, I think this may be possible based on what Elliott and colleagues found from talking to a small sample of Veterans,” she adds. “But that wasn’t enough evidence to tell whether it’s ultimately helpful.”

That 2015 study, led by medical and cultural anthropologist Dr. Luther Elliott, included six Veterans with PTSD who played shooter games without professional supervision. Most of the Vets said the games were beneficial forms of distraction and helped them feel connected to other people. But they also reported that at times the games triggered traumatic memories.

One of the core problems with PTSD is the inability to escape fearful thoughts, such as a flashback of a buddy being killed in combat. Such thoughts can help fuel PTSD symptoms, which include irritability, anger, nightmares, and insomnia.

Currently, Colder Carras is working with a nonprofit group called Stack Up, which brings Veterans together via video games as a way for them to cope with PTSD, depression, and emotional distress. She’s consulting on research and evaluation for the organization, which was awarded a grant from the U.S. Centers for Disease Control and Prevention to study how Stack Up’s programs promote connectedness among Vets and may contribute to Veteran suicide prevention efforts.

Stack Up allows Veterans to access a video game community through a commonly used chat platform called Discord, but they don’t have to be gamers. They can join Stack Up’s online community in the general chat channel or get free 24-7 mental health support from the organization’s trained crisis management volunteers by clicking on the channel “The Overwatch Program.”

“It would be fantastic if this became part of a VA study,” she says. “We’re currently looking for interested scientists in VA and elsewhere who have or would be willing to find grant money to do further studies on the benefits of commercial video games.”