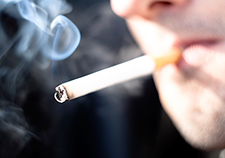 Smoking rates among those with mental health diagnoses are around 25 to 36 percent, compared with 16 to 21 percent among those without any such diagnosis. (Photo: ©iStock/ alexandrumagurean)

Smoking rates among those with mental health diagnoses are around 25 to 36 percent, compared with 16 to 21 percent among those without any such diagnosis. (Photo: ©iStock/ alexandrumagurean)

A study at six VA sites found that specialized counseling delivered by telephone may be more effective than state "quit-lines" to help smokers in mental health care kick the habit.

The study intervention yielded a quit rate of 26 percent at six months, versus 18 percent for the state quit-lines. The randomized trial included 522 Veterans, 270 of whom received the special intervention and 307 of whom were referred to their local quit-lines.

The cessation rates were based on patients' self-reports, so they may not be fully accurate, point out the researchers. But the results seem to validate the tailored approach.

The study findings appeared online Dec. 17, 2015, in the American Journal of Preventive Medicine.

"Counselors working with the study engaged in up to 10 calls with patients, including pre-quit and post-quit sessions. "

Every state in the U.S. has a telephone quit-line that offers a mix of services, such as telephone behavioral counseling, supportive text messages, referrals to local support groups or online communities, and free or low-cost nicotine replacement therapy.

Research has found the services to be fairly effective. But studies have also suggested they may be somewhat less effective for those with mental health conditions such as depression, anxiety, PTSD, or schizophrenia. 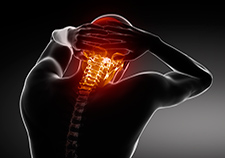 The approach used in the VA study was custom-designed for patients receiving care in mental health clinics. The phone counseling incorporated motivational interviewing, problem-solving therapy, and cognitive behavioral therapy. Study counselors kept patients' VA mental health providers abreast of the telephone sessions, via entries in the electronic medical record. They also encouraged patients to talk about quitting with their psychologists or other mental health providers.

The counselors who delivered the protocol underwent four hours of training in motivational interviewing and 20 hours of additional training—including role plays.

They engaged in up to 10 calls with patients, including pre-quit and post-quit sessions, each lasting from about 30 to 60 minutes.

Veterans who volunteered for the study were randomized to either a state quit-line or the study intervention. The quit-lines servicing the study participants varied in how many proactive counseling sessions they provided to callers, ranging from one to six.

Regardless of which study arm patients were randomly assigned to, the mental health providers who referred them were expected to provide initial prescriptions for nicotine replacement therapy or another cessation medication.

After six months, participants in the study intervention were more likely to report having used telephone counseling (67 vs. 42 percent) and nicotine replacement therapy (76 vs. 71 percent)—both mainstays of cessation treatment.

The researchers write: "The effectiveness of the specialized intervention can be partially explained by the higher proportion of specialized counseling arm participants using telephone counseling and [nicotine replacement therapy]. Prior research has found that smokers with a mental health condition are more likely to quit if they receive both behavioral support and pharmacotherapy (and either alone may be ineffective)."

Although Veterans who received the special counseling reported higher satisfaction with their treatment, compared with those who used the state quit-lines, the quit-lines got high marks in their own right. The study authors note that "the majority of quit-line participants who engaged in counseling reported high satisfaction in counselor listening skills and nonjudgmental approach, usefulness of counseling, and convenience of counseling. This suggests that the approaches currently used by quit-lines are resulting in excellent service and patient experience."

The researchers note that since more than 90 percent of the study participants were men, future research on the model should include more women—as well as non-Veterans. But meanwhile, they suggest that state quit-lines may want to look at incorporating some elements of the special counseling approach used in the study for their work with callers who have mental health conditions.