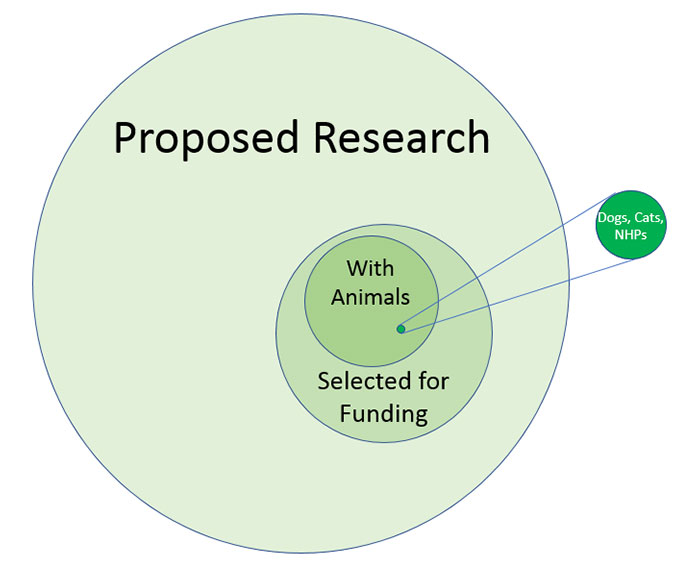 All VA research with animals is subject to careful review and oversight, but research with these three species is scrutinized especially closely, according to procedures that were formally described in Guidance Document AR 2017-001, which was most recently updated July 16, 2020.

Only the protocols for VA research with these species that are shown here are currently approved for work to proceed.  For each protocol, there is a link to the following supporting documents:

VA Research with Current Secretary Approval for Work with Canines

VA Research with Current Approval for Work with Felines

Approved VA Research with Sensitive Species that has been Completed

VA Research with Current Approval for Work with Non-Human Primates

Approved VA Research with Sensitive Species that has been Completed

VA Plan to Reduce Research with Sensitive Species of Animals

VA continues to be committed to supporting the research that is needed to improve medical care for Veterans, and recognizes that a very small portion of that research currently still depends on work with sensitive species of animals. VA is also committed to continuing to reduce the need for sensitive species of animals to be involved in VA research. There are various strategies for doing this, and VA is investing in a multipronged approach, as described in VA's Five-Year Plan for Reducing Research with Sensitive Species, submitted to Congress in December, 2020, as required by PL 116-94, Â§ 249(e).